A recent report by S&P Global outlining the future outlook for Malaysia’s financial services sector highlighted that Malaysian banks are underspending in technology.

The report contrasted the ratio of tech spending to operating expense of Malaysia banks versus the likes of Singapore’s DBS, demonstrating the vast difference between the two.

Of the banks highlighted RHB and Ambank seems to rank highest when it comes to the ratio of tech spending to operating expense and Public Bank is unsurprisingly the lowest. 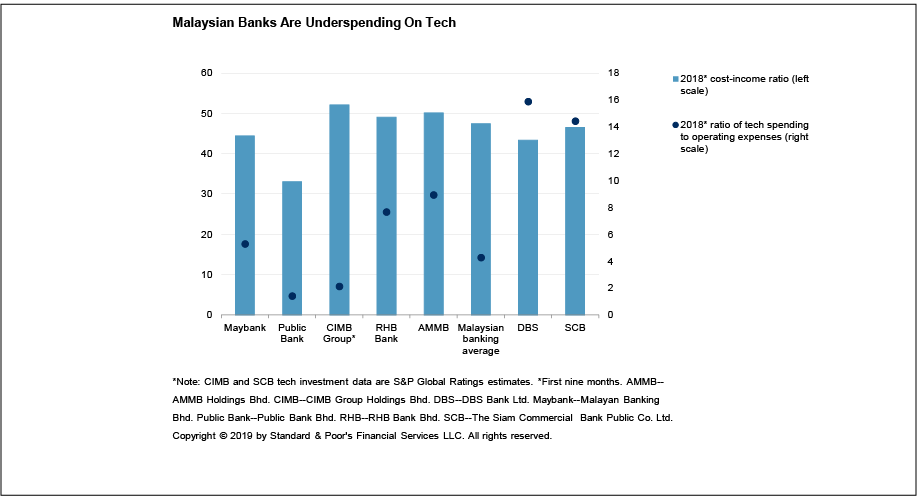 With Malaysia’s virtual banking framework anticipated to be released by the end of 2019, the same report by S&P cited that Chinese bigtechs like Alibaba and Tencent could pose a challenge to Malaysian bankers.

Against the backdrop of Axiata and Grab eyeing virtual banking licenses, the report stressed that “Tech groups have the potential to compete with traditional lenders on almost all fronts in retail banking. To manage this threat, incumbent banks will need to invest heavily in technology.”

The S&P report concluded that the threat to banks in long-term and incumbents still have a three to five-year window to reinvent themselves while the still have the advantage of market dominance.