PolicyStreet Buddies Up With MDEC to Curate Affordable Insurance for Freelancers

KK Fund recipient PolicyStreet announced that they have signed a Memorandum of Understanding (MoU) with MDEC in a bid to provide affordable and customisable insurance to gig workers, like freelancers and those who make their living on the sharing economy–ride-sharing drivers or those who cook or clean via an app.

This extension of their services may be seen as a natural course for PolicyStreet, an online insurance provider that aims to provide more affordable insurance plans to better insurance-educated Malaysians, primarily by cutting out the insurance agent middleman.

PolicyStreet told Fintech News Malaysia that the insurance plans will be made available to MDEC’s freelancer community and open sharing economy players under the government-linked organisation’s Sharing Economy Division, which in turn grants PolicyStreet an insider bridge to the community.

Malaysia has been no stranger to the rise of freelancers and those who make their own hours by being a part of the sharing economy thanks to digitalisation of jobs. 16% of Malaysians were reported to be self-employed in 2016, and the number continues to increase rapidly.

PolicyStreet is probably one of the first few players in Malaysia to provide freelancer-specific insurance coverage, and if they are able to keep their insurance affordable, could be a game changer for the average joe looking for a living in the sharing economy.

PolicyStreet will be following in precedent set in countries with a more mature freelance economy, and while there are no specifics yet, it is possible that their freelancer-specific plans will involve the staples, like health, dental and auto insurance, along with more industry-specific plans like Indemnity Insurance and Liability Insurance for freelancers.

It is also worth noting that in a bid to strengthen their fintech play, Grab has collaborated with Chubb, a property and casualty insurance company, to offer insurance for Grab’s drivers. 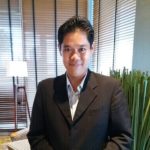 “We are excited and honoured to partner with MDEC as we champion and advance inclusive finance in Malaysia. We want to get more Malaysians adequately protected and aim to provide insurance solutions for open sharing economy players in areas such as logistics, e-commerce, supply chain, transportation, travel, home, and life.”