Stripe Teams up with PayNet and Launches in Malaysia

Today, Stripe, a global technology company that builds economic infrastructure for the internet, announced its official launch in Malaysia. It also announced a partnership with Payments Network Malaysia Sdn Bhd (PayNet) to make FPX available to businesses in the country. Valued at US$ 35 Billion, Bloomberg reports that Stripe is the 3rd most valuable company in the United States.

Fintech News Malaysia first reported on the beta testing of Stripe as far back as February 2019.

With this launch in Malaysia, any online company in the country can now gain access to Stripe’s entire product stack, to launch, run and scale their business globally from day one – including Stripe Connect for running multi-sided marketplaces, billing for subscriptions and recurring payments, radar for fraud detection and prevention, Sigma for analytics, and more.

From today, Stripe is also making FPX available in beta, allowing businesses on Stripe to accept payments via online bank transfers, along with major credit cards like Visa and Mastercard. 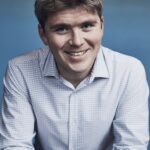 “Even today, less than eight percent of commerce is online, largely because moving money on the internet remains complicated, cumbersome and slow,”

“At Stripe, our goal is to remove these barriers and build the kind of infrastructure ambitious businesses need to run at internet speed and scale.” 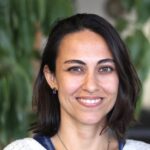 “We are extremely excited by the energy and determination of the Malaysian entrepreneurs we’ve been working with daily. Technology should not be holding them back,”

“Stripe aims to empower more businesses in Malaysia to export their creativity to the rest of the world.”

Stripe has been testing its service earlier this year, and already works with some of the country’s well known companies including: e-commerce solutions platform EasyStore, food delivery service dahmakan, and fashion and retail platform FashionValet.

Malaysia marks yet another step forward in Stripe’s global expansion, following from the company’s launch in Estonia, Greece, Latvia, Lithuania, Poland, Portugal, Slovakia and Slovenia earlier this year. Globally, Stripe processes hundreds of billions of dollars a year for millions of businesses.