BigPay is The Latest to Join PayNet’s Universal DuitNow QR

BigPay,  announced today its participation in the DuitNow eco-system operated by Payments Network Malaysia (PayNet).  BigPay users will soon be able to use DuitNow for instant domestic money transfers. In addition, BigPay customers will be able to use DuitNow QR, Malaysia’s national QR code standard, for payments at merchants. 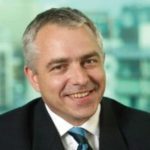 “With BigPay’s entry into the DuitNow eco-system, consumers and merchants in Malaysia will reap the benefits of more merchant acceptance points and wider customer reach as the eco-system continues to grow”,

With DuitNow, BigPay users will be able to safely and instantly send money to any mobile, MyKad, passport, and business registration number – regardless of whether the person has a BigPay account or not.

DuitNow QR is Malaysia’s national QR code standard established under Bank Negara Malaysia’s Interoperable Credit Transfer Framework (ICTF) that will work for everyone in Malaysia. In short, merchants will only need to show one interoperable DuitNow QR code and customers will be able to freely choose their preferred mobile payment method.

While the BigPay card allows its users to pay at point-of-sale terminals, withdraw money from ATMs, both in Malaysia and abroad, BigPay users will now have the choice to pay directly with their app using DuitNow QR. 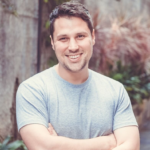 “We’ve always pushed for more choice, lower costs and more interoperability when it comes to payments and transfers. It’s the reason we chose to combine a mobile app with a card that you can use with millions of merchants worldwide. Joining to DuitNow eco-system was the next logical step.”

BigPay is expected to go live on DuitNow later this year and will be an early adopter of new payment functionality under Phase 2 of DuitNow (DuitNow 2.0) – encompassing request-to-pay, real-time debits and debit consents on-file.