BigPay, a Capital A venture company, announced that it has added 38 new countries to its international remittance services.

This includes England, Northern Ireland, Scotland, and Wales in the United Kingdom, and 34 countries in Europe, including France, Germany, Italy, Belgium, and Spain.

To make an international bank transfer to these countries, senders will need to enter the amount to remit, select the country, and add in the recipient’s bank details.

BigPay is currently offering free international transfers for a limited time only to Europe and the United Kingdom.

The app first launched its international remittance services in September 2019 and is said to have experienced double digit growth despite the pandemic. 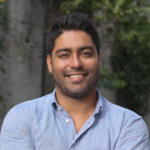 “BigPay leverages technology to dramatically reduce the cost and complexity of sending money abroad for its users. We are ensuring that it is affordable, convenient and transparent for users to transfer money abroad – whether it is to send money home to loved ones, to university bills or for overseas purchases.

BigPay will continue to expand the remittance feature and will soon have the ability to accept incoming transfers from anywhere in the world with the best exchange rates.”