Abrar A. Anwar is the new CEO of Standard Chartered Bank Malaysia.

Abrar A. Anwar had humble beginnings, he received his MBA from a local institution, IBA. He then started his career as a management trainee in ANZ Grindlays Bank which was then acquired by Standard Chartered Bank Bangladesh in the early 2000’s. He had an illustrious 25 years banking career in countries like Bangladesh, India and United Kingdoms. Most recently, he was the CEO of Standard Chartered Bank Bangladesh which under his leadership was the most profitable foreign bank.

Abrar launched two new apps earlier this year namely, “SC Mobile Bangladesh” and “Good Life”. The former being a mobile banking app and the latter being a lifestyle app which gives privileged access to over 3,000 outlets. During that very same launch commented, 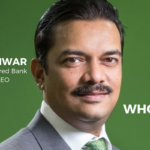 “New customers are more tech-savvy. So, probably 10 years down the line, many people will not come to the banks”

Abrar also believes that banks are lacking in innovation over the past decades and he called for more collaboration between banks and partners like the telco industry.

During a speech at a Youth Festival in Bangladesh he expressed that he is a believer in lifelong learning and that leaders at the top brass should also spend time learning from even the youngest of their members. He also does not believe in an authoritarian leadership he feels that leadership should no longer be under the illusion that they can command and others will obey, he believes that encouragement would be a much more effective approach.

This article was first published on fintechnews.sg, Image Credit: The Daily Star