This partnership is made up of the resources and business smarts of the Sunway Group, combined with the experience of established venture capitalists Koichi Saito and Kuan Hsu.

The pair Koichi and Kuan enter this partnership with the experience of forming Singapore-based KK Fund in 2015. This venture has led to some local players like Kaodim, Indonesia’s Fabelio, Thailand’s Gixtix, and Philippines’ Venteny.

On the Malaysian fintech side, KK Fund has also invested in the likes of CapitalBay and PolicyStreet, one focused on supply chain finance management, while the latter wants to provide personalised and more affordable insurance for Malaysians.

In Sun SEA Capital, the pair will be acting as the fund’s consultants and directors, as well as playing key roles in the fund’s investment committee.

Series A Funding For Scalable Startups

Fintech will be one of the key sectors that this capital is keen on investing in. Much of fintech’s offerings suit the types of verticals that Sunway is looking at below, and the fund is now flexible with its allocations.

With its proposed US$ 50 million, Sun SEA Capital is looking to inject Series A investments worth US$1 million–US$3 million per ticket into scalable startups that fit the following: 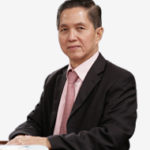 President of Sunway Group, Dato’ Chew Chee Kin, said, “We hope to see Sun SEA Capital attract great talents from around the region to pursue sustainable growth with us.”

He opines that Koichi and Kuan’s experience and network could help Sunway widen their footprint in the region, particularly in Japan and Taiwan.

Meanwhile, Koichi hopes that the funding will create a win-win situation for Sunway and the region’s startups. 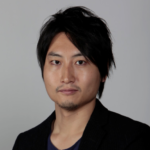 “Sun SEA Capital will help Sunway Group pursue new innovations by looking to invest in startups with technologies such IoT, artificial intelligence and blockchain towards the sustainability of its businesses,” he said.

“Essentially, Sun SEA Capital will provide a ‘plug-and-play’ scenario for the startups we invest in—they can plug into the powerful all-in-one ecosystem that Sunway has established and immediately play to grow.”

He adds that having a huge conglomerate’s support, especially one with financial strength, means that they have a clear and visible exit strategy already in hand.

Not Sunway’s First Foray Into The Startup Ecosystem

Sun SEA Capital is probably Sunway’s biggest-valued leap into the ecosystem, but it is only the latest cog in Sunway’s ongoing digitalisation strategy.

Previously, Sunway has already launched its own incubator and accelerator, Sunway Innovation Lab. Its accelerator is run in collaboration with Nexea Angels. The innovation lab’s other partners include MDEC, MaGIC, Cradle, Axiata and others.

You can find out more about the newly established Sun SEA Capital at their website here.