Just recently, BNM has updated its consumer watchlist with risky companies that you shouldn’t interact with.

In a list that was once dominated by investment scams, ponzi schemes, and the likes, we now have to contend with “bitcoin companies” disguising a ponzi scheme underneath.

Names like Bitclub Network, BitKingdom, CoinEnterprise, CryptoDaily Investment Packages, and many others were added in the second half of 2017, without coincidence, around the time when the mainstream population began noticing bitcoin due to its rising value.

One of the recent additions to the list is the Kazuki Coin, attempting to market itself as an altcoin on a “more efficient system”. While they have been around since 2017, Kazuki’s recent marketing tactics seem to revolve around touting what they characterise as a stable currency in the midst of this cryptocurrency downtime.

As to be expected, many netizens on the Kazuki Facebook page has declared them a scam due to BNM’s watchlist, and based on our own observations there are a couple of people commenting on posts asking when they’ll be getting the cash that they feel they’re owed.

According to Kazuki Coin, buyers are unable to cash out due to problems in India’s operations.

Comment 1: Until when will the KPay system be fully operational? It’s been almost 2 months.

Comment 2:  What’s the point of Kazuki Coin going up to USD8 if you can’t even sell it?

One of these comments were posted only 10 weeks ago.

While we can’t say for sure without looking into their papers or company’s operations, the Kazuki Coin definitely has telltale signs of scumminess.

If it it a scam, what is notable about Kazuki Coin is that they are able to respond to current market concerns, like the dropping value of bitcoin and even their appearance in BNM’s watchlist, using a breakdown of operations in India as a reason why users are unable to cash out.

This goes to show that while numbers of them have seemingly lessened, users still need to be aware of cyrptocurrency scams that may appear wearing different masks.

It’s 2018, Why are People Still Falling For Crypto Scams? 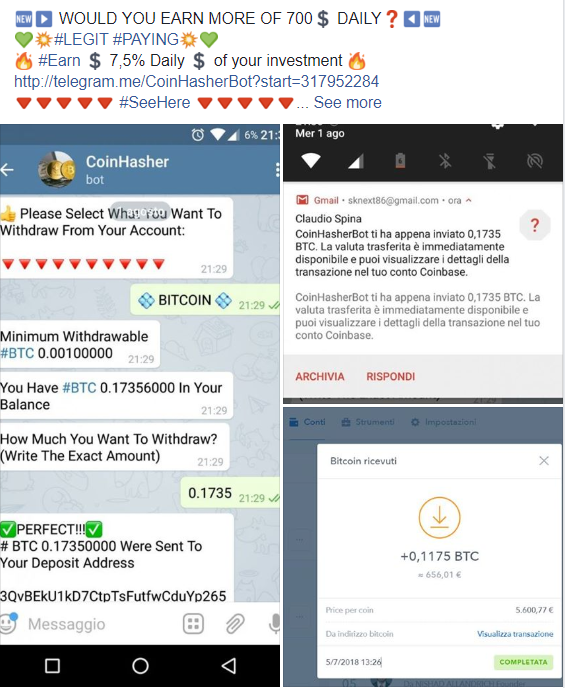 If it promises guaranteed returns, it’s probably not a crypto investment.

With so many cryptocurrency platforms deemed risky by BNM even today, it can be assumed that cryptocurrency ponzis will keep appearing as long as there are Malaysians that will fall for it.

Even in our cryptocurrency exchanges approved by BNM list, there are a couple of them that we’ve identified as potentially risky to take part in. This is because Bank Negara is only requiring registrations for monitoring’s sake as they deliberate how to deal with this nascent industry moving forward.

So there is a real concern of scams registering with BNM for monitoring, then touting their “registered with BNM” status to ease the hearts of their potential victims.

As of now, Bank Negara is not regulating the volatile, nascent scene, even if users suffer major losses.

There are definitely merits to a decentralised currency system. Bitcoin and other altcoins are not fully subject to stock market changes, and those living in countries with poorly performing currencies can retain their wealth via cryptocurrency.

But without a central authority to regulate its value, it then falls onto the shoulders of the users to conduct their own due dilligence about the trustability and risk of each and every investment they make.

This is true of any investment, cryptocurrency or not.

And this isn’t just limited to those who are hodling. It would do well for cryptocurrency investors to truly understand technologies behind cryptocurrency, and a learning about how investing and currencies work would help too.

When you actually understand how the market works, you’ be better able to spot any scams that come your way, regardless of what form they appear in.

A good rule of thumb is that if it sounds too good to be true, it probably is. And never spend any money on cryptocurrency that you can’t afford to lose.