Following MoneyMatch’s earlier announcement that they will be embracing Ripple’s blockchain to power their payments in April, the fintech startup has recently announced that they have successfully conducted their first ever live cross-border transaction out of Malaysia on the blockchain

According to a statement issued by MoneyMatch they have been working closely together with the Ripple engineering the past few months to be fully integrated into the RippleNet xVia platform.

In this transaction, MoneyMatch claimed to have helped a retail user convert MYR to EUR at a significantly lower cost than a bank’s traditional telegraphic transfer.

They also added that, they were able to successfully process the transaction within just several hours via the blockchain compared to the traditional SWIFT network used by the banks which would take a minimum of two days and often times longer.

With this first successful blockchain cross border transaction to Europe, MoneyMatch is gunning towards offering the best pricing and fastest speeds for international payments out to Europe.

Simultaneously they will also continue working with multiple other regulated partners in overseas jurisdictions who are also on the Ripple blockchain such as India, Thailand, USA and other such jurisdictions. 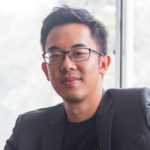 “We’re really proud to make this announcement today as we show clear evidence that a FinTech startup made wholly in Malaysia by young Malaysians is capable of integrating into the Ripple blockchain and performing a live legitimate international money transfer from Malaysia to Europe bringing blockchain innovation to the traditional Malaysian financial services industry.” said Adrian Yap, the CEO of MoneyMatch.

MoneyMatch has also successfully signed on a partnership with the Stellar blockchain as well and will be integrating with Stellar partners in the future as well as MoneyMatch evolves into a multi-blockchain enabled cross border FinTech platform.