In Less Than 3 Years, Rakuten Trade is Now Profitable

Rakuten announced that is has marked a major milestone by turning to black ahead of its third anniversary.

According to their media statement, they have activated almost 85,000 trading accounts. They also shared that they have handled more than RM12.5 billion in total trading value on Bursa Malaysia since business their inception. As of 30 April 2020, Rakuten Trade’s retail market share is more than 5% while the clients’ assets under trust had exceeded RM1 billion.

Positive on the growth prospects of the company as it enters its fourth year of business, Mr Kaoru Arai, Managing Director of Rakuten Trade, said, 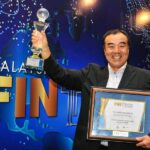 “Innovation and our FinTech framework has been pivotal for the company turning a profit in April 2020. It is, though, a balancing act of being cost-effective, flexible and keeping our client’s experiences at the core of everything that we do. In less than three years, we surpassed our internal targets and continue to appeal to the rising number of technology savvy investors in Malaysia. These investors prefer a convenient, zero contact, and easy to use mode of investing,”

The digital brokerage firm also previously reported a 100% month-on-month growth with over 11,000 new accounts opened in March. Rakuten Trade expects to reach 100,000 active accounts by the end of 2020.

Featured image by Lorenzo from Pexels

11% of eToro’s Asia Pacific Customers Are From Malaysia