AirAsia Group is increasingly shifting its focus from aviation to its digital businesses as pandemic continues to batter its revenue. During its 2nd quarter financial results announcement, the group reported a 98% decline in year-on-year revenue.

On the other hand, it’s digital financial service arm, BigPay is reportedly seeing a 469% spike in its remittance volume in the first half of 2020. Sources from Fintech News have also similarly observed other digital remittance players in Malaysia enjoying an increase in remittance transaction within their platform.

In the second quarter of 2020, BigPay also saw a 11% increase in revenue with remittance contributing a large chunk to it. Its Group CEO Tony Fernandes said they are “confident that BigPay will become Asean’s first digital bank”. 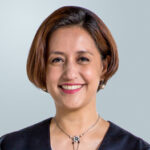 “We have virtually built a bank through BigPay, where Gross Transaction Value improved by 15% in 2Q2020 despite the travel restrictions. BigPay’s remittance service has gathered momentum as volume increased by 469% in 1H2020.

BigPay continues to expand its user base and user engagement levels as its user signup rate increased by over 10% MoM. BigPay is actively developing new key products, including a bill payments service which is underway and will be rolled out in 3Q2020.”

GHL to Offer Installment Payment Solution to 2,000 of Its Online Merchants