Digital banking aspirant BigPay announced that it is expanding its range of financial services with the launch of cash top up at all 7-Eleven stores across Malaysia.

They said that over 1.3 million of BigPay’s Malaysian users can now top up their account at any of the over 2,400 7-Eleven locations nationwide.

BigPay said that it aims to provide all consumers access to mainstream financial products usually only offered by retail banks, but at lower costs efficiently.

The company is also looking to launch a range of new products, including personal loans, insurance, and wealth management. On the personal loans front, BigPay recently secured an online money lending license from the Ministry of Housing and Local Government.

In September 2020, BigPay launched its services in Singapore as part of its continued regional expansion.

BigPay has also expressed interest in applying for a digital banking license in Malaysia and other markets and is actively evaluating the right approach. 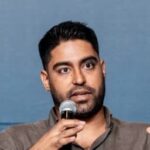 “Ensuring that everyone has access to digital banking services is central to our mission and allowing cash to be seamlessly transferred to a BigPay account is a big step in that direction.

7-Eleven has more locations than most banks have branches in Malaysia. This gives BigPay a unique advantage when it comes to providing financial services across the country.”