The Malaysia Digital Economy Corporation (MDEC) announced the appointment of Ruslena Ramli as its Director of Fintech and Islamic Digital Economy, a role previously held by Norhizam Kadir who has served in MDEC for over 5 years.

She will report to Gopi Ganesalingam, Vice President, Tech Ecosystem and Globalisation, and is tasked to lead the Fintech and Islamic Digital Economy (FIDE) team at MDEC.

Ruslena Ramli began her career as an investment banker with SIME Merchant Bank (acquired by Public Bank) in 1997. She then expanded her career with RAM Rating Services Berhad’s (RAM) in 1999, before joining the Islamic banking sphere in 2004.

In a statement by MDEC, they said that she brings to MDEC her expertise in Shariah-compliant structures, acquired through her previous role as an Islamic banker as well as a trainer for the Securities Industry Development Corporation. Prior to joining MDEC, Ruslena held the position of Head of Islamic Finance in RAM.

She played a key role in expanding RAM’s franchise in Islamic finance and was successful in securing several research grants that promoted RAM’s expertise and insights in credit rating and sukuk transactions. 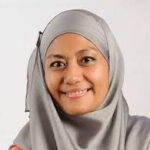 “MDEC has played a hugely significant role in the development of Islamic digital economy and FinTech for almost the past decade, resulting in our leadership position in this sector.

I am proud to be able to be part of this machinery now, joining the best-in-class team to contribute not only to MDEC but to the nation as well,” 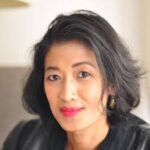 “I welcome Ruslena into team MDEC and she represents another important appointment, reflecting our efforts and resolve to maintain our leadership position in the global Islamic economy and finance.

Her deep experience will further complement and enhance our capabilities as we seek to address the fast evolving needs of this sector,”

Asia-Pacific Fintech Market to reach US$72 billion by 2020