Buy Now, Pay Later (BNPL) platform Split announced that its services has been reviewed and certified as a Shariah-compliant by the Masyref Advisory, a local advisory firm devoted to Islamic banking and finance.

Split said that it is the first BNPL operator to have their offerings certified as Shariah-compliant by the advisory firm.

The Shariah certification of Split provides assurance to both Muslim consumers and merchants with the confidence to use Split’s BNPL payment service that is in accordance with Islamic principles.

The criteria involved in Masryef’s Shariah assessment includes the structure of the business model and the process flow.

The startup added that the Shariah compliance certification affirms its transparency, with zero fees including no interest, late fees or processing charges as Split users will only pay for the price of their order.

Instead, merchants are charged a percentage of the success fee for every order processed by Split.

Split said that does not monetise from late fees or other charges that are conditional upon users missing payments. 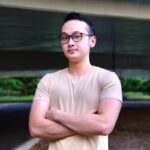 “The importance of localising our offering to meet the needs of Malaysians cannot be understated. We want our BNPL service to be accessible to all, which in Malaysia, includes a large population of Muslims. 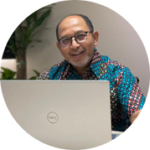 We are delighted to announce this certification as it provides our merchants and users the confidence and comfort knowing that they are choosing a BNPL option that is operated in accordance with their religious beliefs.”

“Split’s business model stands out in the fast-growing BNPL space where their users do not get charged any interest or even late fees.

The Shariah compliance certification is an important element in providing a buy now pay later offering that can cater to a Muslim-majority country like Malaysia.”