Multinational low-cost airline AirAsia has been recognised as one of three Malaysian unicorns according to a report by Credit Suisse.

Tony Fernandes, AirAsia’s Group CEO said that AirAsia’s digital businesses managed to clinch the unicorn status in “record time of under two years” since the company had expanded its focus to include other non-airline verticals during the pandemic.

This move is part of AirAsia’s plan to morph into a digital services group. The group had announced plans to create a superapp with over 15 different travel and lifestyle offerings all leveraging off one another.

Plans for the superapp prompted the group to acquire Gojek’s Thailand business through its digital arm in a deal worth RM208 million (US$50 million).

AirAsia’s BigPay, a digital bank aspirant, managed to bag up to US$100 million in financing from South Korean conglomerate SK Group while keeping mum on its current valuation.

It was the first time any portfolio company within airasia Digital has secured financing of this size and is of one Malaysia’s largest fintech investment to date. 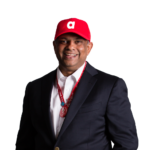 “This sends a strong message to the industry that our strategy to become more than just an airline in the digital era is not only on the right track, but allows AirAsia to make a name for itself as a key player in the e-commerce and delivery space in ASEAN.

If the pandemic has done anything positive, it has helped us to fast-track our transformation plans and the opportunity is huge, with over 700 million people in Southeast Asia and one of the fastest growing digital populations. Mark my words, we are going to be a major player in the ASEAN digital economy.”