Malaysian conglomerate Berjaya Corporation (BCorp) announced that it has sold off 30 percent of its equity interest in Razer Fintech to Razer Midas for US$53.57 million (approximately RM223.89 million).

BCorp will be holding on to the remaining 19 percent stake in Razer Fintech.

Prior to this, BCorp held a 49 percent stake in Razer Fintech while Razer Midas owned the controlling 51 percent stake. 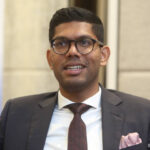 Jalil Rasheed, CEO of BCorp told Bernama that the divestments of its interests in Razer Fintech is part of its transformation strategy to streamline operations and focus on higher growth opportunities across its core businesses.

“In the case of Razer, it was especially appealing as we had a significant return on our investment in a relatively short time.”

This is in line with BCorp’s plans to cut down its debts by half RM2.5 billion from RM5 billion over three years that was revealed in June this year.

As a part of this plan, the conglomerate had unveiled a three-year strategic roadmap to divest non-core businesses.

14 Key Fintech Investors in Malaysia You Should Know About