CIMB Group has appointed Effendy Shahul Hamid as CEO of Group Consumer and Digital Banking which takes effect on 1 January 2023 onwards, succeeding Samir Gupta who is retiring after 12 years of service with the group.

The appointment will see the Group Consumer Banking and CIMB Digital Assets businesses subsumed under the broader umbrella of Group Consumer and Digital Banking. 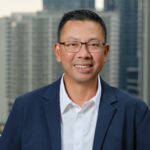 Effendy has extensive experience in banking and financial services, having served in various senior leadership roles at CIMB Group over the past 18 years.

Most recently, Effendy has been serving as CEO, CIMB Digital Assets of CIMB Group and Group CEO of Touch ‘n Go Group since October 2020.

Effendy was previously CEO of Group Ventures and Partnerships, where he was focused on cultivating new-age partnerships at scale, venturing through selective strategic investments in platform-based businesses, and managing its digital banking franchises. 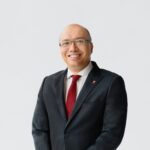 “We are pleased to welcome Effendy at the helm of CIMB’s Group Consumer & Digital Banking business. Effendy is a visionary leader with a diverse and proven track record of success within CIMB, having led various units since joining the group in 2004.

We thank Samir for his many contributions to CIMB in growing our Consumer Banking business over the past decade, starting from Indonesia and subsequently group-wide as he took on a regional mandate.”

SEA’s Largest VC Sets Up Base in KL, Funding Opportunities for Fintech Startups?