BigPay, a Capital A venture company, has launched the prepaid mobile top-up feature so its Malaysian users can now top-up directly from their e-wallet balance.

The feature is available for local telecom providers including Celcom, Digi, Hotlink, TuneTalk, U Mobile, and XOX.

BigPay said that the addition of this feature allows users to better track their overall spending and manage their finances through the app.

Additionally, prepaid top-ups via BigPay will entitle users to 1 airasia reward points for every RM20 spent.

For the month of January, the first 1,000 users to make a minimum of RM10 top-up can receive up to 10% cashback credits capped at RM10.

Since its inception in 2017, BigPay has over 3 million users and surpassed RM1 billion in Gross Transaction Value (GTV) through its international remittance services. 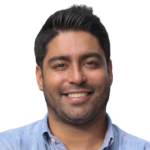 “With the addition of the prepaid mobile top-up feature, we’re making it more convenient for users to consolidate their everyday spending on the BigPay app.

We’re empowering our users with the convenience of integrating all their spending in one card and app, and in the long run, allow them to better manage their finances through a comprehensive overview of their expenditure,”

Malaysia’s DuitNow and Singapore’s PayNow to Link in 2022