Tan Sri Ranjit Singh, Chairman of Securities Commission of Malaysia announced today at the SCxSC Digital Finance Conference 2017 today that the regulator has embarked on a pilot project for distributed ledgers in the unlisted and OTC Market space.

The technology will be deployed to provide more clarity to the OTC and unlisted market space which is largely considered to be opaque due to the lack of information available. 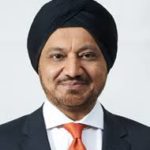 “By using distributed ledger as a technology underpinning the market infrastructure, all transactions and market activities would be recorded and made available to all market participants while maintaining transaction confidentiality” Tan Sri Ranjit Singh added during his opening remark.

The findings from this pilot project will be published as an industry blueprint. This blueprint will elaborate upon the technology architecture, key software functions and development standards which will form the building blocks for interested parties to use blockchain network for unlisted and OTC markets.

This pilot project is done through the aFINity Innovation lab which is an initiative facilitated by the Securities Commission Malaysia (SC) to catalyse greater interest towards the development of emerging technology-driven innovations in financial services.

Tan Sri Ranjit Singh also mentioned during the press conference that Securities Commission will be working very closely with Bank Negara Malaysia in developing a framework for blockchain and cryptocurrency which includes regulations and guidelines to facilitate secondary market trading of established cryptocurrency and digital assets. The framework is slated to be released in the next few months.

When reached for comment on ICOs the regulator maintained that they continue to stand by their earlier public warning statement on ICO in September and encourage investors to fully understand the underlying risk of investing in ICOs. He later added that they are still closely monitoring the space and that the Securities Commission is now a part of the International Organization of Securities Commisions ICO Consultation network, where regulators are discussing the latest development in this space.