Headquartered in Singapore, InstaReM is a digital cross border payments company has announced its expansion into Malaysia at its launch press conference today. The company holds licenses in 8 markets and covering over 40 countries reaching 60 countries across the globe. The company took the route of securing approval under the Money Services Business License compared to its Malaysian counterpart MoneyMatch which secured approval under the Fintech Regulatory Sandbox by Bank Negara Malaysia. Prior to this, the company also secured E-Money License with the Lithunian regulators.

In July 2017, the company received a Series-B funding of USD$13 Million investment, InstaReM seeks to use a portion of the  fund to expand to the Malaysian market. The company claims that it is able to transfer funds in Asia within Asia in less than 24 hours compared to the 2 to 4 days average of banks. Pratik attributed it to SWIFT’s fairly antiquated system which contributes to the high costs and slow speed in processing the payments. 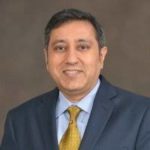 During the launch Pratik Gandhi, Chief Business Officer InstaRem said “InstaReM hopes to collaborate closely with consumers and financial institution to offer the best product solutions to its customers in Malaysia and across the world, we want to drive the adoption rate of technological innovations across both businesses and individual consumers”

In the immediate horizon after Malaysia, InstaReM plans to further expand their footprint US, Europe and India. Pratik also hinted at launching a digital only bank that caters to both individuals and corporates in Europe sometime in 2017.