I don’t think there are any concrete lines we can draw about how many e-wallets in Malaysia is more than neccesary, but I would argue that over 40 is far too many for one ecosystem. And that’s just the ones that we found.

There is much ado about e-wallets in Malaysia recently.

Just recently ride-hailing giant Grab launched GrabPay in Malaysia. WeChat Pay’s entry into Malaysia is notable as the first foreign currency that the wallet is opening its doors to. Based on recent interviews, Malaysia will probably remain one of the few countries for WeChat Pay.

This doesn’t preclude local players from making their own stake in the market. We have, Touch ‘n Go making their foray into e-wallets with Alipay’s help, while other players like Boost, BigPay, Sarawak Pay, Kiple and many others are fighting for a slice of that pie as well.

We just published a report revealing that 17% of Malaysia’s fintech companies are e-wallets: in sheer numbers, they are second only to payments companies.

E-wallets have become such a phenomenon in Malaysia that even companies that didn’t deal with payments before are jumping into wallets. There is (arguably) FavePay, Grabpay, AEON, quite a few telcos and many others making their own attempts.

With BNM gunning hard for a cashless society, we can definitely see the appeal of launching an e-wallet in Malaysia. It is a particular focus in BNM’s ICTF which has just taken effect early this month, and should impact key e-wallet functions like remittances, e-payments, and QR codes. 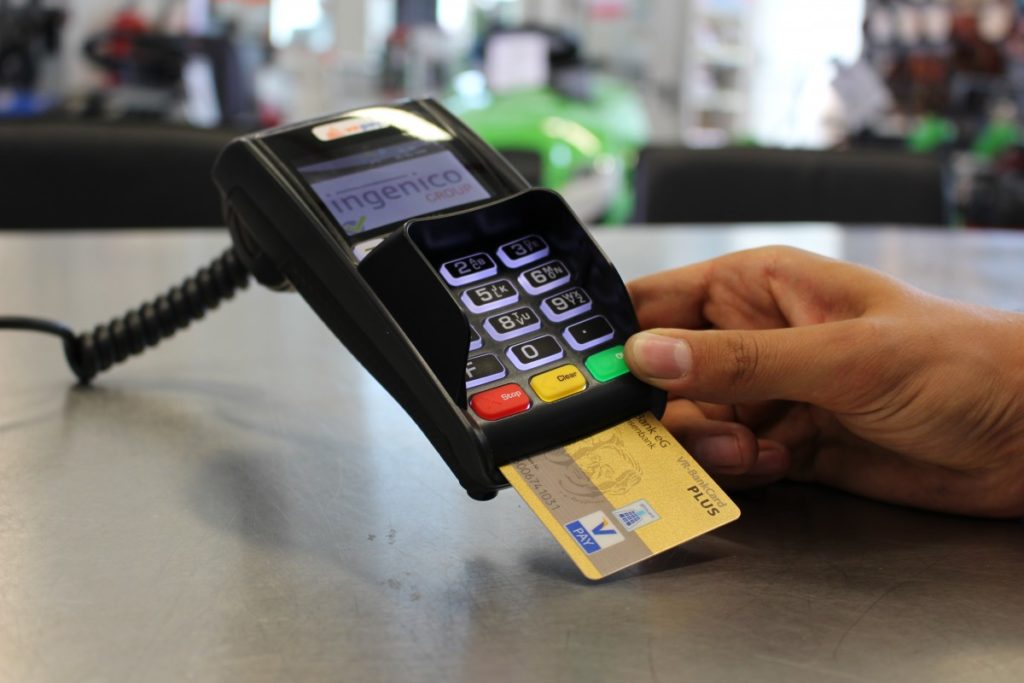 Global trends demand that Malaysia turn cashless into king, but here’s the problem for e-wallets—Malaysia already has an existing cashless system that many are familiar with, and this system is called cards.

If BNM more strictly enforces the rule that prohibits merchants from setting a minimum transaction fee for cards payments, you should theoretically be able to buy that RM1.50 pencil without using cash at all. This solves one of the key problems with cashless adoption, and all it a takes is a firmer hand.

Meanwhile, card usage was a hurdle that China’s e-wallets never had to jump.

Due to late card adoption, China was able to go straight from cash to e-payments without the need to wean the Chinese off a card-dependency. Therefore to the Chinese public, there was a real argument for convenience that more easily moved them into the arms of e-wallets.

When you combine this with China’s e-commerce boom and the heavy use of WeChat in China, the ecosystem was fertile land for e-wallets Alipay and WeChat Pay to turn into giants.

Local e-wallets meanwhile, have to contend with the existing conventions of just swiping a piece of plastic.

And this is on top of the sheer amount of Malaysians that simply opt for online banking.

To add insult to injury, many e-wallets are asking Malaysians to add one more step to their payment process. Instead of just handing over their plastic, Malaysians are asked to first transfer money into their e-wallet, then only are they able to pay for things.

It’s a relatively simple step, but when you add even one layer of complication for a consumer, it could be a huge barrier that prevents them from hopping aboard.

So until Malaysians actually get on board that e-wallet train, the development teams behind them will continue bleeding money to drive adoption—like offering discounts, incentives, zero merchant fees, having a high marketing cost, among other tactics.

In a worst case scenario though, Malaysia’s wallets could remain almost-empty. It won’t be the first time this happens. 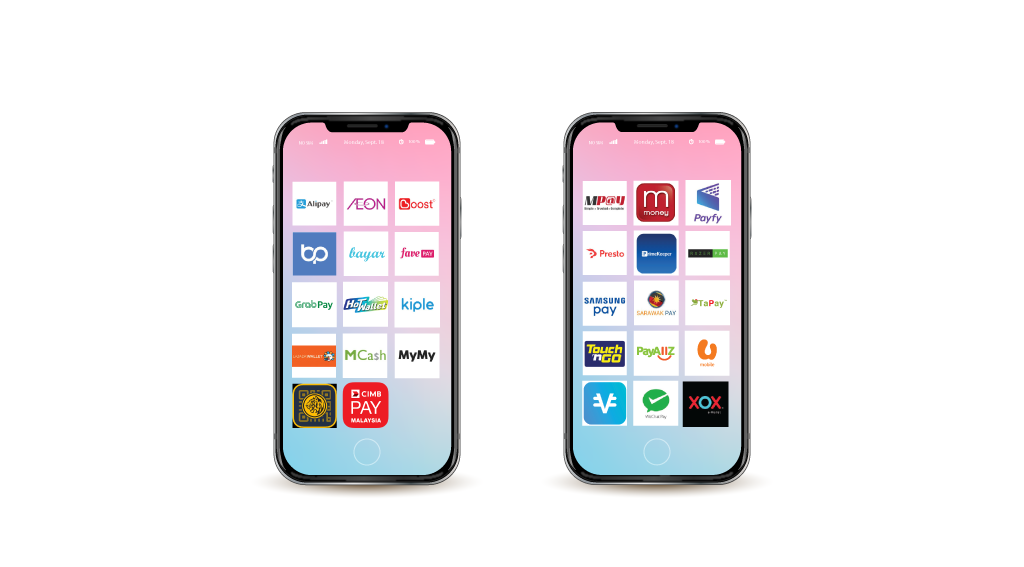 It’s been psychologically proven that too many choices could hinder adoption.

A study shows that an extensive array of options can at first, seem very appealing to a consumer. But too many choices ended up diminishing their later motivation to buy.

This isn’t unique to Malaysia. Over in Singapore, the digital payments scene there sees criticisms for being “too confusing“.

Minister-in-charge of the Smart Nation Initiative Vivian Balakrishnan in Singapore characterised Singapore as “a victim of its own success”, as “it already has a fairly good system that works”.

Sounds familiar to the Malaysian ecosystem, doesn’t it?

The situation is made worse when there is no one “general e-wallet” that is accepted by most merchants, and every shop a user walks into could all partner with a different wallet each.

To combat this prediction though, the local scene is still rife with opportunities. With a nation that is mostly banked, and a mobile banking penetration of 40.1%, the wallet that successfully reaches cardless Malaysians with an e-wallet education could be the one to thrive.

Until then though, Malaysians might be confused and less likely to adopt the new technology.

But what if the one true e-wallet never emerges, and Malaysia ends up fragmented by different wallets? That will be another hurdle for our regulators to tackle, and might complicate the scene in Malaysia.

This is a shame, because:

There Are User Benefits to Porting to E-Wallets 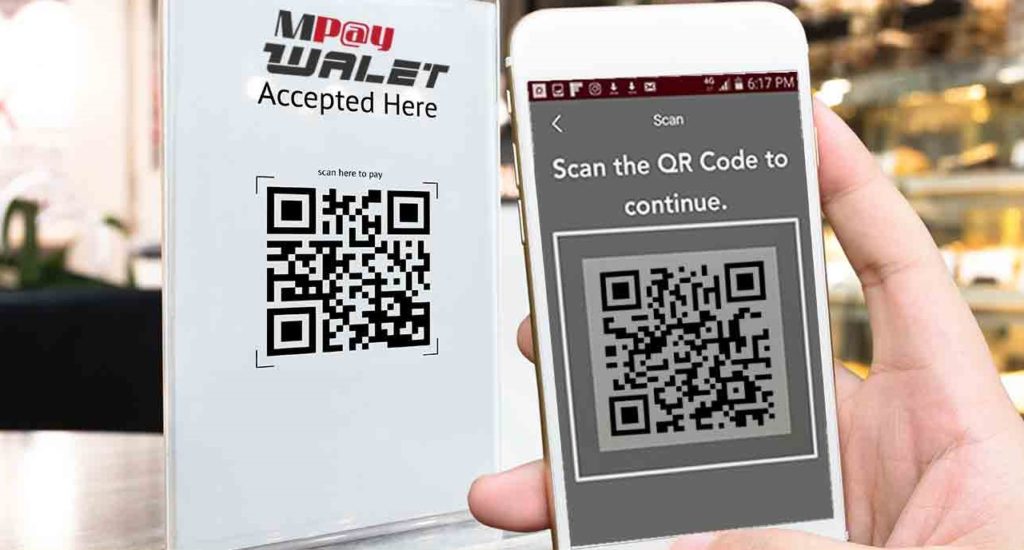 A cashless society is one that is easier for a government to regulate. It isn’t plagued by fake money, and all transactions are recorded in a database that a government can more easily keep tabs on. India’s push towards cashless, for example, was a drastic move to curb corruption, tax evasion, and inefficient yet expensive banks.

On the consumer’s side, e-wallets offer you real-time spending data. Instead of waiting for your monthly statement and being surprised by how much you’ve spent, a mobile wallet allows you to access real-time data of your ongoing spending.

Being aware of one’s spending could help raise financial literacy that is sorely lacking among Malaysian youths.

Data from the reigning e-wallet could—with the consumer’s consent—go into an app that helps someone keep track of their financial goals. And the user wouldn’t have to manually input this data either, as the app should be able to gain this data and incorporate it in real-time.

You can read up more about the Payment Services Directive (PSD2) in Europe for more information on this, and its potential impact.

As for more straightforward conveniences, it’s a lot easier to split the bill between friends, and remitting money could be practically free on e-wallets.

Local state-endorsed wallet Sarawak Pay has these functions as part of their vision for their wallet’s future.

There Is Still Hope for the Future of E-Wallets

For every steadfast card user, there will be a young Malaysian that will only ever know a market that offers both card and e-wallet. It is the youth that is more inclined to actually try new or interesting technology.

Over time, the young technology adopted by an equally young userbase could grow to become a norm. If e-wallets play their cards right (ironically), they could tap into this trend as a long-term plan for sustainability.

Until then, wallets have to keep bleeding to reach that lucrative future.

Since existing conventions may slow down the trajectory of e-wallet adoptions compared to China, unfortunately, Malaysians may have to contend with the saturated market until a couple of them reign supreme.

In my opinion, the wallet that can achieve supremacy in Malaysia is probably one that can directly draw payments from a user’s bank account even when their wallet balance is zero. Either that, or one that offers good discount rates that will attract bargain hunters onto the platform.

Convenience, and discounts. No better way to open Malaysian eyes to the potential of e-wallets.