After the disastrous release of a Touch ‘n Go reload app in March, the company returns with a newly updated, fully-fledged Touch ‘n Go e-wallet. Many in Malaysia opine that Touch ‘n Go was arguably best positioned to release a Malaysian e-wallet with 2 decades of cashless experience, so their serious entry into the ecosystem is seen as long overdue.

They complement the new hub with an update to their e-wallet app, with a fresh new interface and some updated functions. 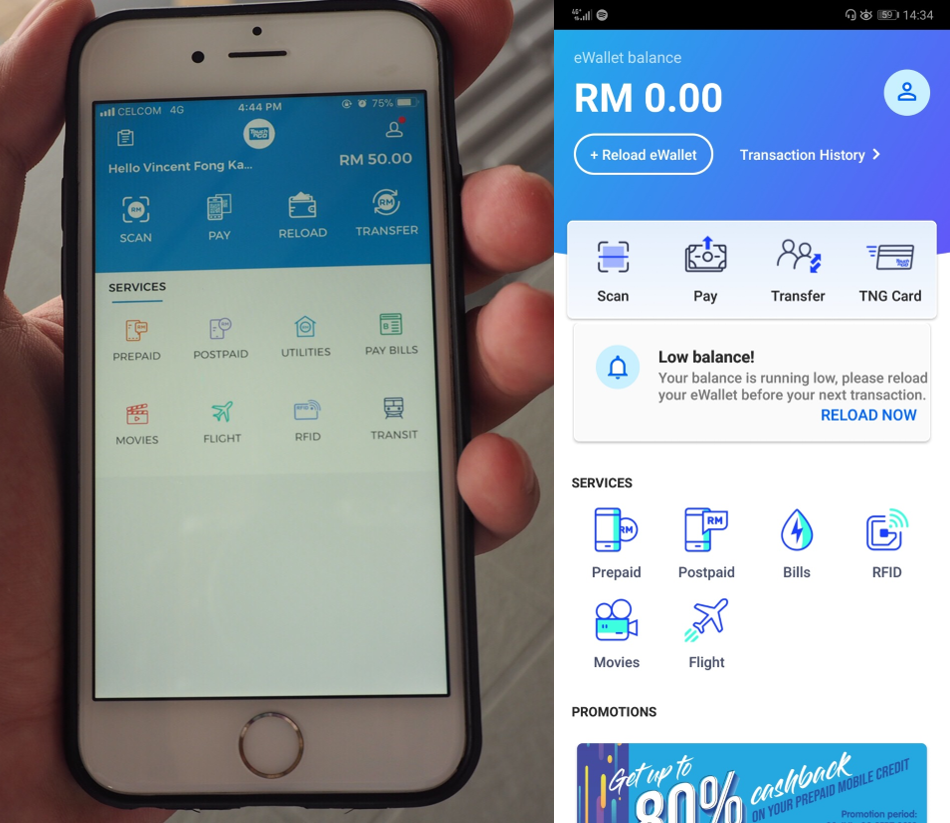 The setup of a business hub proves that TNG Wallet will be making an earnest effort into growing their e-wallet at this time.

And here’s what the latest version of the app can do:

Redeeming themselves from the earlier kerfuffle, the TNG Wallet app stays true to its namesake and allows you to check your card balance through the app itself.

For now,  you can only check the balances on your Touch ‘n Go card, but since it is linked to an e-wallet, there may be plans to incorporate card top-ups in the near future. It should be noted that the wallet will take up to 48 hours to reflect any transactions that have been made, which to us seems like a long time, especially in an age where users demand instant mobile services.

Update: The article has been updated to better reflect the TNG Wallet’s current capabilities.

Taking a page out of Alipay’s book, the wallet allows payments to be made via QR codes for real life transactions, but this function is somewhat limited for now, as we haven’t been able to locate many shops that accept the TNG Wallet.

Based on the layout, it seems like TNG’s game plan relies on online browsing. The app allows you to browse and purchase MBO movie tickets, and as for flights you’re even able to compare prices from different airlines in-app.

If they are able to onboard more cinemas and airlines onto the app, we can see them becoming a strong e-wallet contender. Comparison platforms have proven effective in Malaysia, and its integration might just make it worth a download for bargain-hunters, or those who simply prefer to buy their tickets online. 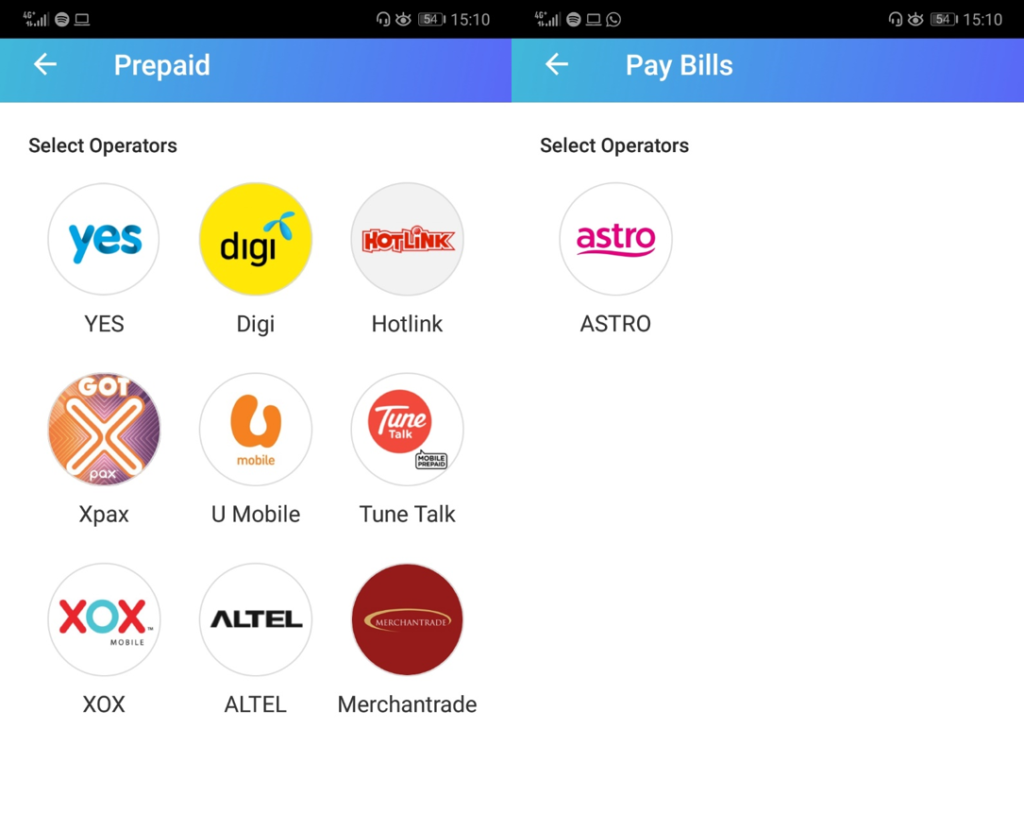 Even Merchantrade is available, though we’re not sure if foreigners would adopt the TNG Wallet.

Following in the footsteps of wallets like Boost, vcash and SarawakPay, TNG Wallet allows you to make payments for both your phone and incurred bills.

TNG Wallet has removed the ‘Utilities’ option that was there before, either omitting the option altogether or potentially merging it with the ‘Bills’ option once they onboard the right service providers.

The app allows payments for both prepaid and postpaid, though unlike some of the aforementioned telco-linked wallets, there doesn’t seem to be any discounts or cashbacks yet for these payments.

As for bill payments, for now, only Astro bills can be paid through the TNG Wallet, which is interesting as Astro has its own Payfy wallet, and Payfy’s only function is to pay your Astro bills.

It seems likely that TNG will be updating the bill payments to include more vendors, but for now, the ability to pay Astro bills would probably be appealing only if you already have the wallet in your phone. 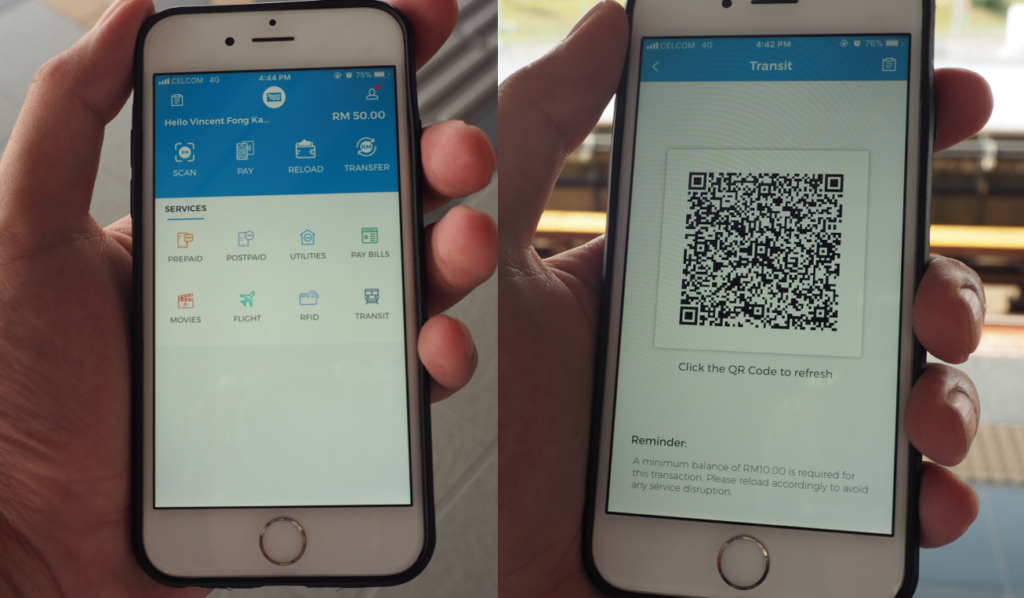 We were fortunate enough to be part of a trial group that received TNG Wallet’s Transit option, which allows TNG Wallet users to pay for their train fares using their phones, instead of their physical Touch ‘n Go cards.

This can be a game changer for the wallet if implemented. Billions of public transport rides occur every year in this nation. Malaysians have a longstanding love affair with their phones, and can’t leave home without it. The math makes sense.

Perhaps in line with this, the in-app RFID option for TNG Wallet is currently not functional yet.

Still a Long Journey Ahead

TNG Wallet will certainly have hurdles to climb over, with both local players like Boost and Chinese players like WeChat ramping up their acvitivies

Now, the actual adoption and use of all of its unique functions functions will rely on TNG’s marketing and education efforts, as well as merchant onboarding.

Meanwhile, we are still awaiting that one e-wallet that will allow overdraft from linked debit or credit cards, so that we don’t have to go through a cumbersome two-step process before buying anything.