These six mobile wallets have a combined estimated customer base of about 4.5 million in Malaysia and 520 million registered mainland Chinese users.

With the trend of mobile payments, this alternative payment acceptance provides the convenience to merchants and customers who do not want to worry about acceptance of many different mobile wallet QR codes.

This integration is likely to be enabled in part by the Bank Negara Malaysia’s ICTF which outlines the framework for mobile wallets to be interoperable. 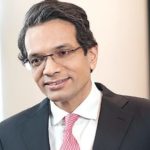 CIMB has always placed customers and Merchants at the heart of its digital innovation. QR Payment Acceptance at CIMB terminals not only fulfills our customers and merchants’ needs by accepting six major mobile wallets, but also helps develop the cashless payment ecosystem in Malaysia, in support of Bank Negara’s vision to promote a cashless society.

CIMB worked with GHL Systems Bhd, a major payments player in Malaysia and ASEAN, to introduce the CIMB’s multi-QR terminal acceptance points for both merchants and customers’ convenience. 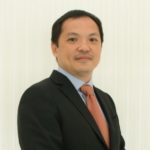 “We are delighted to enable CIMB merchants to process multiple QR codes via GHL’s unique single payment facility/gateway. Our multi-channel model is not just convenient but also cost-saving to CIMB’s merchants as multiple QR settlements are streamlined into a single payments provider.”