Petronas just announced the launch of Setel, an e-payment solution geared towards fuel purchases directly from mobile devices. The app is designed to integrate directly with the fuel pumps, which would allow customers to purchase fuel with a few taps.

“Pumping fuel shouldn’t be a chore. Currently, the payment process involves walking to cashier, waiting in line, a RM200-hold on your cards, and having to use a separate card to earn loyalty points. Setel eradicates these pain points and integrates payment and loyalty benefits in a seamless, frictionless experience.” 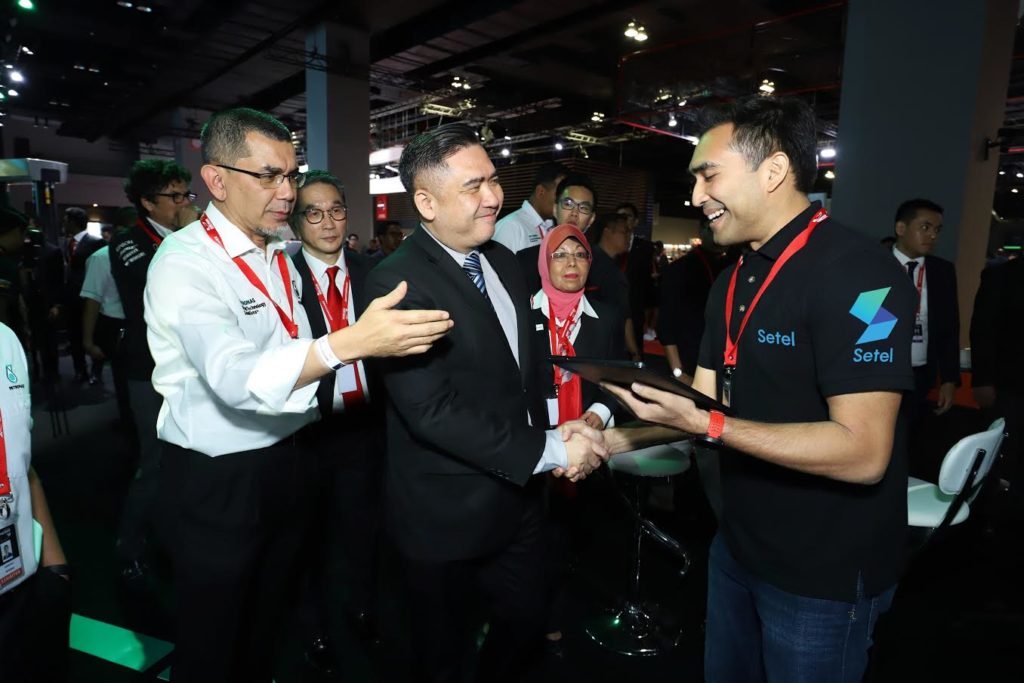 Setel is an end-to-end solution and is part of Petronas’ initiatives to engage the startup communities in co-creating solutions to enhance customer experience.

We were curious about the safety aspect regarding the use of one’s phone by a petrol pump, which is usually frowned upon. To answer our concerns, a Setel representative informed us that “customers are required to be seated inside the vehicle during the transaction period, following all the safety instructions provided. Once the transaction is completed, the pump will be activated and you are required to leave your smartphone in the vehicle until the fueling process is completed.”

The fuel giant had a beta launch in July 2018, with over 10,000 users in their pool providing feedback. The company claims that they also received “overwhelming response” from visitors at the  Kuala Lumpur International Motor Show 2018 held last week.

Setel can now be used at more than 40 stations within the Klang Valley with the company aiming for 600 sites by June 2019. The service is expectd to go nationwide by the end of 2019.

Customers can also purchase items at the Mesra stores starting from January 2019.

While this is something that isn’t mentioned by the company, we think that this platform could be a positive addition for female drivers who may need to fill up their tanks in seedier locations or times. As long as the petrol station is staffed with attendees who can fill up one’s gas for them, there should be no need for drivers to exit their vehicle to fill up their petrol, and thus dramatically reducing the risk of undesirable occurrences.