Representatives from the State Bank of Vietnam witnessed the digital lounge launch, along with the Consulate General of Malaysia and Malaysia External Trade Development Corporation based in Ho Chi Minh City. 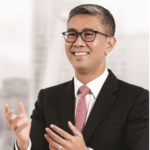 “As one of the region’s fastest growing markets, with macroeconomic stability, a strong entrepreneurial culture, and a high proportion of young mobile-centric population, Vietnam is well-poised to contribute significantly to ASEAN’s economic development.”

To Zafrul, the launch demonstrates that CIMB has a long-term goal in Vietnam that will continue beyond OCTO and the launch of the Digital Lounge in their grand plans that encompasses all of ASEAN.

Digi’s vcash Will Be on 10,000 Terminals Thanks to AmBank and an SME Strategy