Between Bank Negara Malaysia’s (BNM) ICTF and the more recently announced Real-Time Retail Payments (RPP) system, an ecosystem rife with Malaysians with at least a debit card, and e-wallets to target those who do not; Malaysia seems to be well underway towards becoming a cashless society.

This is all part of BNM’s goal towards accelerating the country’s migration towards e-payments, and in turn, allow the nation to save paper costs and increase efficiency of the nation’s payment systems.

BNM even has a 10-year plan that will culminate in 2020 with the following as a goal: 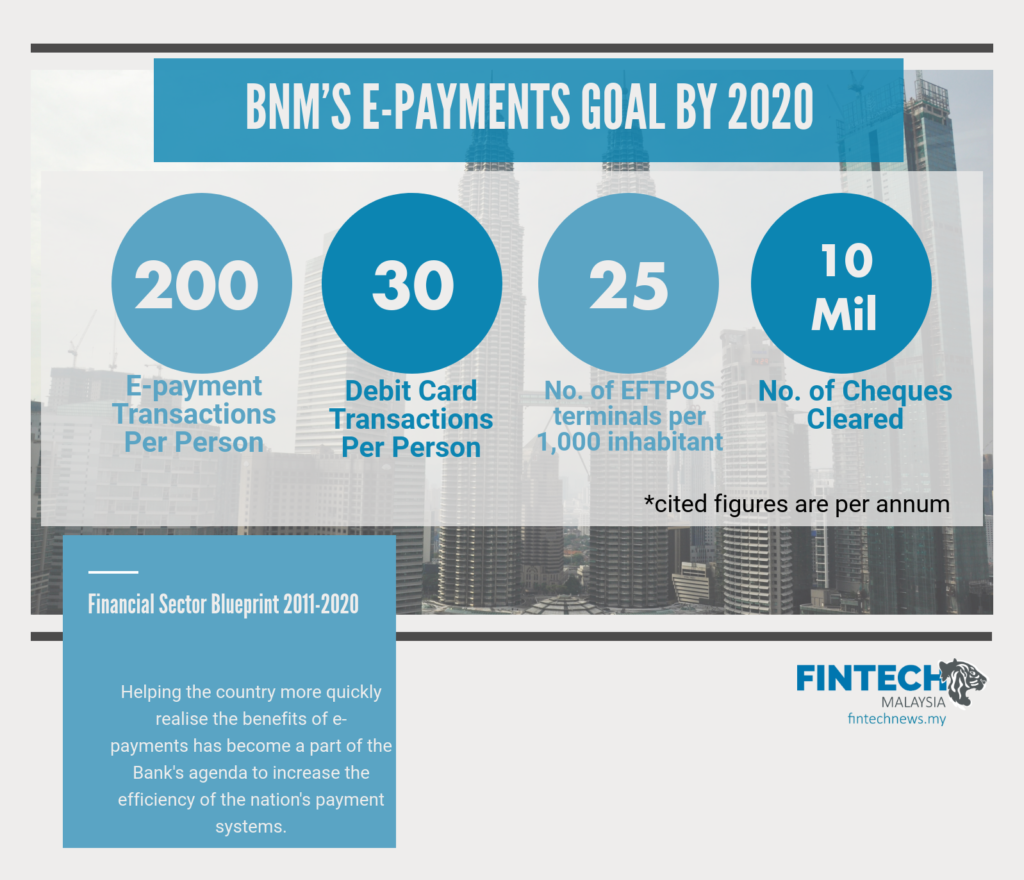 BNM also aims to cut down cheque use by more than half from 207 million, to 100 million per year.

Measures to achieve this aim include providing the right price signals to encourage the switch from paper-based payments to e-payments, and facilitating wider outreach of e-payments infrastructure, such as point-of-sale terminals and mobile phone banking.

Where Malaysia’s Cashlessness Stands in 2018 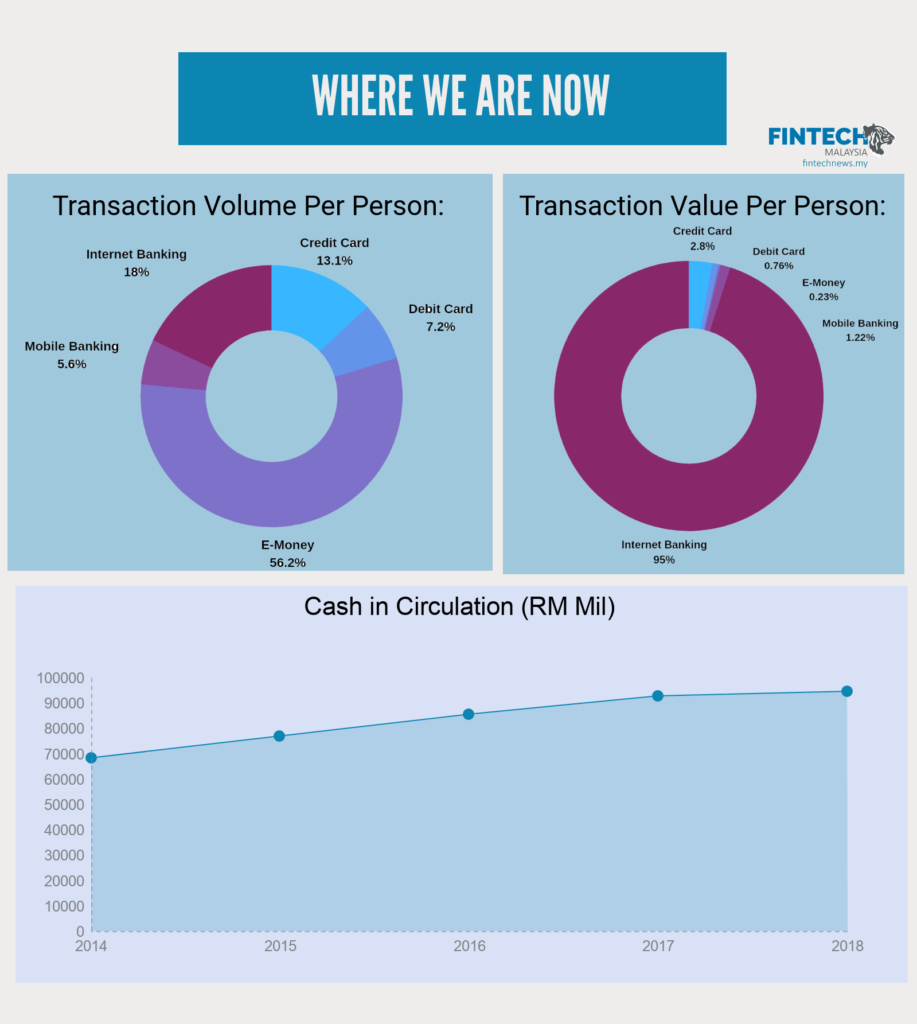 The value for credit cards would probably be higher if more Malaysians owned credit cards. Credit card ownership as of 2018 totals at approximately 10.3 million as opposed to 42.5 million debit card users.

Cash in Circulation is Still High

Between 2014 to 2018, the amounts of cash in circulation continues to rise despite efforts towards cashlessness. However, the chart above shows an obvious decline in the amounts of cash added into circulation between 2017 (92, 347.6) to 2018 (94,307.2). There are the beginning pinpricks of digital payments’ effect on cash, but we are far from a cashless society as of now.

Here’s How Malaysia did throughout 2018 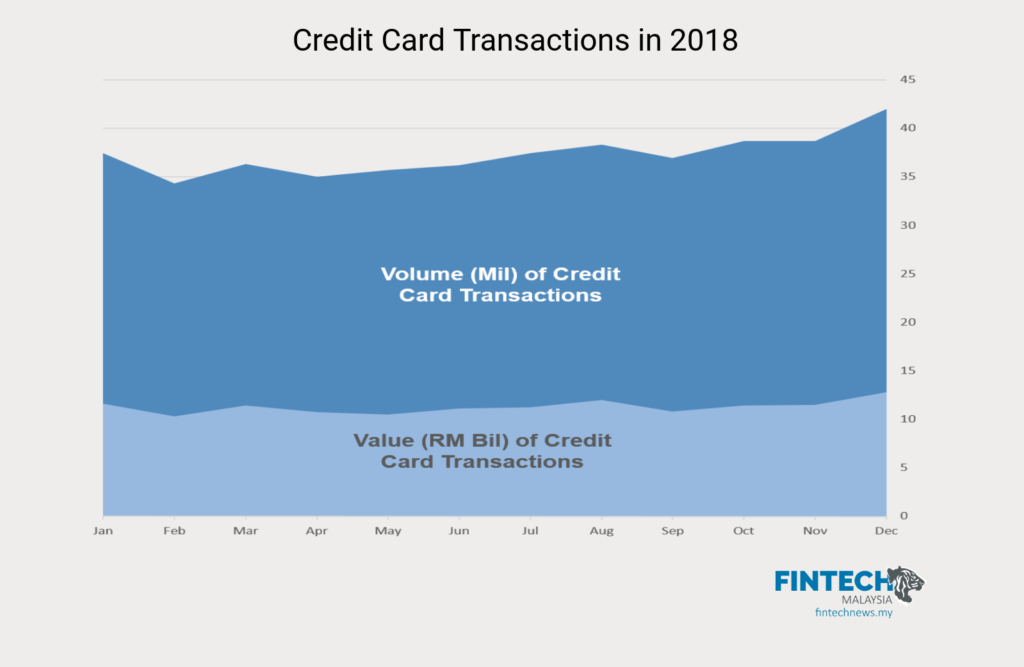 Credit card transactions throughout 2018 remains relatively stagnant, with an expected increase near the end of the year thanks to Christmas and end-of-year breaks that spurs Malaysians to go out more often. 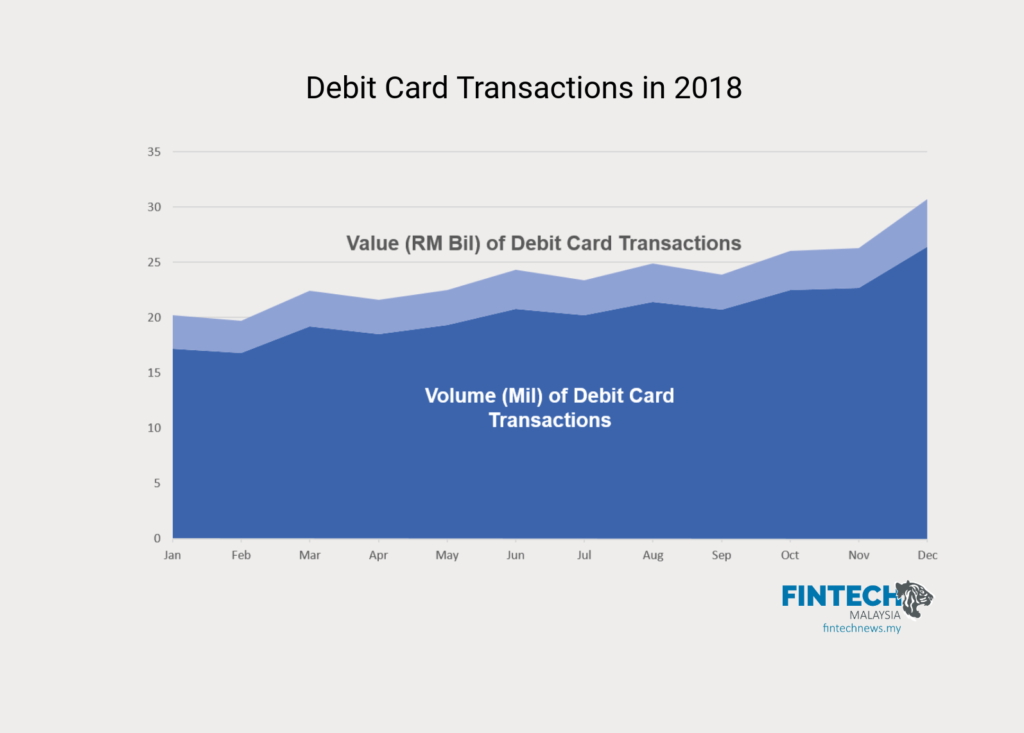 2018 also saw a higher number of SME merchants like smaller mall kiosks adopt the AirPOS by GHL card reader, which makes it easier for them to accept payments. 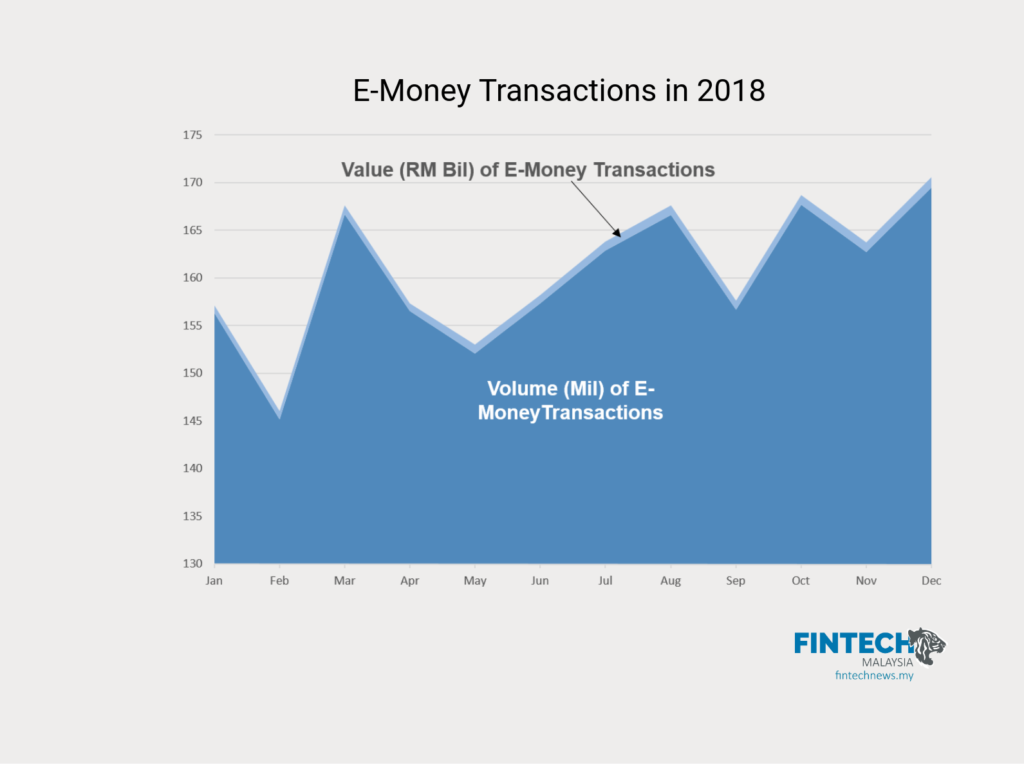 Meanwhile, the volume of transactions for e-money somewhat shows an upwards incline, but the volumes remain erratic perhaps based on what e-money issuer has just gained critical traction, or periods of more cashbacks and promotions. As of now, many Malaysians still only opt for e-wallets or e-money when there are discounts or cashbacks that make the product more enticing.

The value, as described above remains small compared to volume of e-money transactions, and does not seem to tally with the volumes either.

Clearer indications may appear in 2019, as the e-money scene continues to mature in Malaysia.

We wouldn’t count Malaysia a cashless society just yet. Though we may overshoot the 2020 goals as outlined by BNM, Malaysia does seem to be well on its way towards cashlessness. Before the trend hits critical mass, Fintech News has outlined some concerns we should contend with so that Malaysia can reap the cashless benefits without inviting too many of the problems that may arise.

Users Can Finally Pay Tolls with the TNG E-Wallet, but It’s Not Available to Everyone Yet

Sabah Teams Up with Boost to Launch its Own E-Wallet, Sabah Pay