“Buying a [car] is such a long and frustrating process,” lamented Arnold Aranez, CEO and founder of Cendol Technologies.

“When I bought my second-hand car, the original importer put the wrong model details so when I tried to sell it was difficult to get correct price.”

The problem that Arnold described is so mundane that it’s usually considered par for the course. The sheer number of forms one has to fill out— both on the consumer and distributor’s side— naturally leads to human error during data input and transfer even under the best of circumstances.

So Arnold and co-founder Mark Leung looks to overhaul that whole process, with blockchain as the ticket to that solution. Fast forward to yesterday, and Cendol Technologies has just announced the completion the Malaysian Vehicle Blockchain—at least version 1.0 of it.

The idea is to use the immutable blockchain to record a vehicle’s life cycle, from manufacturing all the way to customers reselling their cars.  Malaysian Vehicle Blockchain should create a trustworthy set of records at every point of a vehicle’s status change; which should result in faster and more trustworthy transactions between manufacturers, sales showrooms, banks, insurers, and second-hand car buyers.

Driving Past Preconceptions in Both Blockchain and Cars

Their venture is less about cryptocurrency and more about trust, according to Arnold: 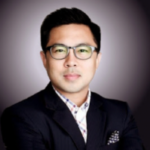 “We want to build trust in the Malaysian vehicle ecosystem. Our blockchain focuses on establishing a secure and trusted vehicle information platform that will help all blockchain members save millions in improved data transaction efficiencies and deliver superior customer experience.”

Arnold only came across this gap in the market during his stint as a director in AIA.

“Coming from AIA I observed that the current players in the market were too busy to think of radical ways to improve the process, which is why I resigned from my director position to make a difference in society,” said Arnold.

“We hope that this will pave the way for other new tech to be built on top and around to further revolutionise the industry such as telematics and AI.”

The automotive industry in Malaysia is not insignificant. Sales of vehicles in Malaysia totalled up to RM45.07 billion in 2017, and according to the Malaysia Automotive, Robotics and IoT Institute (MARii), Malaysia’s automotive sector contributed to 4.2% to the country’s GDP last year. There is every expectation that the industry would grow to 10% of the GDP by 2020.

The Malaysia Vehicle Blockchain to Streamline the Supply Chain

To bring their baby to life, Cendol Technologies sought a partnership with R3. The partnership allows them to build the Malaysian Vehicle Blockchain on R3’s Corda blockchain platform.

R3’s Corda Enterprise Solutions is not unfamiliar to those in-the-know about blockchain. Most recently, it was announced that Corda will be used by the Swiss Stock Exchange to tokenise equity, while MonetaGo, a software company that builts private blockchains for central banks and financial institutions just announced a switch to R3’s Corda platform from the Hyperledger Fabric.

Examples of data that will be stored on the Malaysian Vehicle Blockchain include: 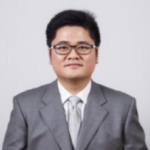 “Our adoption of R3’s Corda is a crucial as it provides the foundations for our success like compliance, security, scalability and technological roadmap that we found lacking when comparing [ourselves] with other potential options in the market.”

With a workable version of their blockchain up and running, the Cendol team is working on onboarding auto manufacturer pilot partners, and keeping an eye out for seed investment opportunities.

With serious effort into porting all this information onto a singular blockchain, the team wants to see faster onboarding, paperless sales processes, and more accurate and complete information; all benefits that can be passed along to the average customer.