What Celcom and Digi’s Potential Merger Could Mean for Boost

In an announcement that took many by surprise, it is reported that Axiata and Telenor are in talks to merge their Asian operations for form a global entity.

If the merger talks comes to fruition the combined entity will be serving a total of 300 million customers and could potentially reap up RM 50 billion in revenue before taxes, according to a statement from Axiata.

A centerpiece of this negotiation include the potential merger of Celcom and Digi, will firmly put the new entity as the mobile network with the most subscribers*

Observers of the telco space may attribute this to Digi’s recent nose dive in subscriber numbers, according to Malaysian Wireless, Digi lost more subscribers in the first quarter of this year than the entirety of 2018.

Of course as a fintech focused media, we will be looking at the implications of this merger through the fintech lense.

Axiata is the parent company to Axiata Digital; the entity behind the popular e-wallet app Boost. According to the latest numbers given Khairil Abdullah, CEO of Axiata Digital in a BFM interview, the e-wallet is currently serving over 75,000 merchants and 3.8 million users.

The user base of its sister company Celcom, is nothing to be scoffed at as well, as of December 2018, it has 9.08 million mobile subscribers. Digi on the other hand still has 11.25 million subscribers despite taking a nosedive last year.* 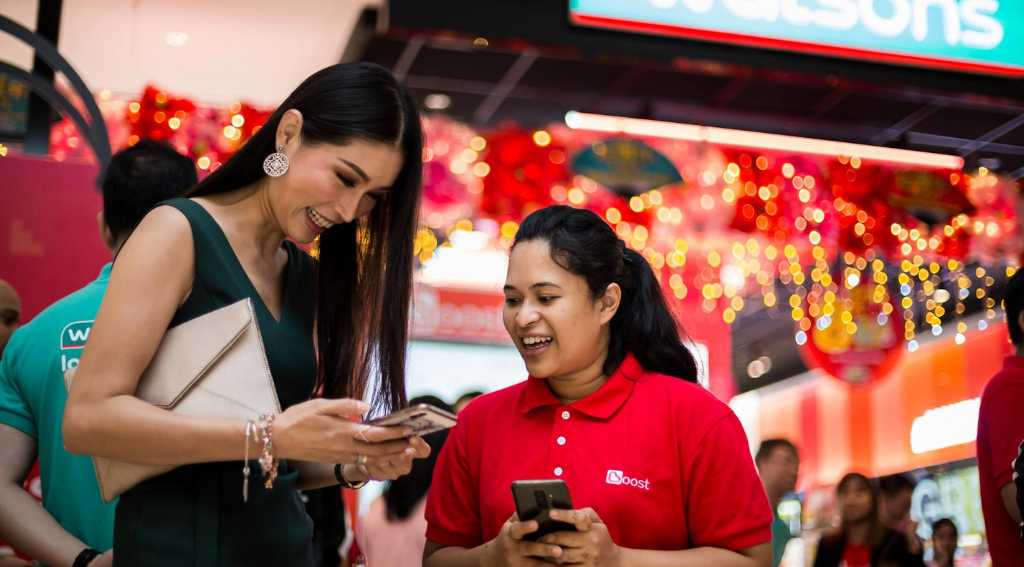 When you combine Celcom’s numbers with Digi’s numbers in a post-merger scenario you’re looking as user base of over 20 million, which is more than half of Malaysia’s population of roughly 31 million. Even if you account for users with more than one account, that is still a pretty impressive number.*

To top it off, Axiata Digital’s adtech business has data on 18 million smartphone profiles.

Axiata Digital’s Boost could also stand to benefit from Digi’s previous initiative to launch its e-wallet vcash, though many would point out that it wasn’t exactly a commercial success.

It is unclear whether Telenor’s remittance focused wallet Valyou is part of the deal. The fate of Digi’s digital payments card Happy is also unknown to us at this point.

A Contender to Grab Financial in South East Asia?

While there aren’t any immediate mentions of their fintech ambitions, it is not far fetched to think that they will going down this route given the new assets the combined entity would possess.

What many may not know, unless you are a keen observer, is that Boost already has a profitable microlending side, and they’ve also launched their e-wallet business in Indonesia. Should Telenor’s Valyou be included in the deal, that would add remittance into their ambit of digital financial services.

It’s a threat that Grab will likely not take lightly as well, with presence across 9 Asian countries the new entity’s combined customer base of 300 million dwarfs Grab’s over 90 Million app downloads. 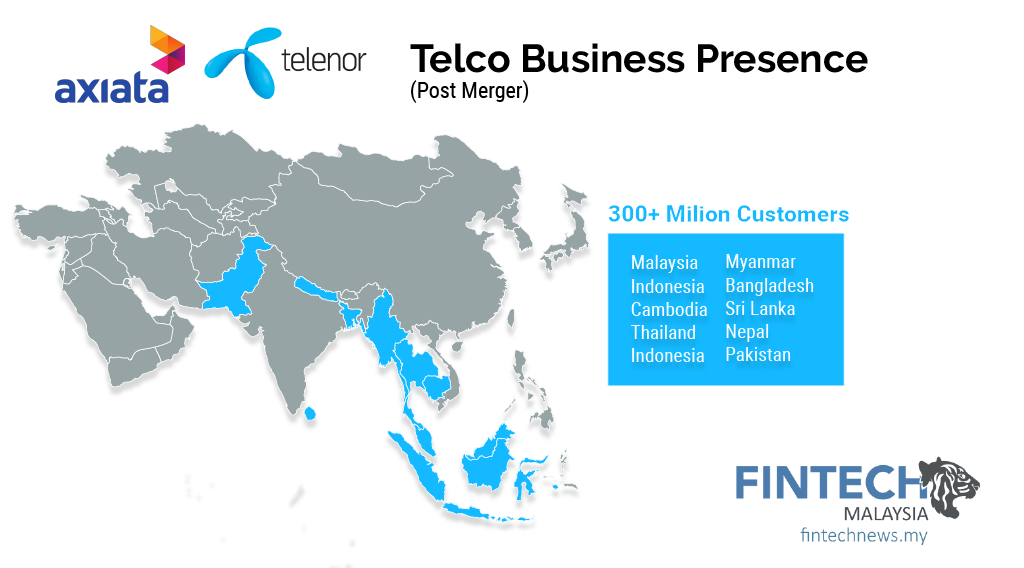 Its interesting to consider the possibility of a new regional fintech player throwing its hat into the ring but until the talks are completed, all we are able to do is speculate the implications. The press release stated that both Axiata and Telenor will work towards completing negotiations by 3rd quarter of 2019 assuming there are no interventions from regulators fearing potential anti competitive practices.

Editor’s Note: *We’ve amended a previous error of stating that Digi’s subscriber base was 8 million, the correct figure is 11.25 million. 8 million only accounts for their pre-paid user base.

Securities Commission: eToro is Not Licensed to Operate in Malaysia

How Fintech Friendly is Budget 2021 Compared to The Previous Year?