Razer, the gaming equipment brand turned mobile wallet has announced a partnership with Visa with the hopes of “transforming payments in the gaming industry”—specifically by incorporating Visa’s scale and reach to the Razer Pay e-wallet.

Basically, Razer’s fintech arm, aptly named Razer Fintech, will be joining Visa’s fintech fast-track program, which was designed to help fintechs access the global Visa payments network. Here, Razer Fintech and Visa will develop a virtual Visa prepaid card to be embedded in the Razer Pay via mini-app, that will allow up to 60 million Razer users to make payments wherever Visa is accepted at 54 million merchant locations worldwide, claims the press release. 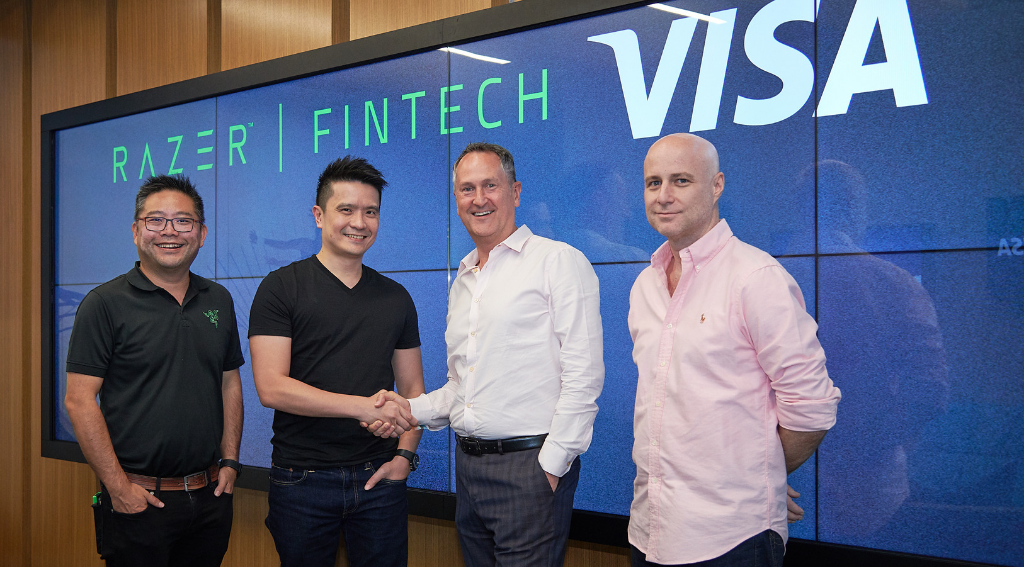 With the fast-track, Razer Pay users will be able to make payments wherever Visa is accepted. The prepaid solution will complement Razer Pay’s existing offerings, like mobile top-ups, virtual credits, and entertainment purchases for music and streaming services. Users can also access the platform’s benefits and rewards while using their Visa-enabled prepaid cards during e-commerce transactions, or overseas purchases.

Razer claims that the solution will also offer the same top-up and cash-out methods currently available on Razer Pay.

Beyond gaming, Visa and Razer’s Min-Liang Tan paid lip service to the idea that the solution is also intended towards the digital payments market across Southeast Asia, like the underserved markets that are often deemed as target markets for e-wallets operating in the region. Southeast Asia’s large underserved population has been of interest for various e-wallet solutions. According to KPMG, only 27% of Southeast Asia’s 600 million population has a bank account in 2016, which sets it as a hotbed for fintech and e-commerce growth.

To that end, Razer Fintech and Visa’s collaboration could introduce a gamification, and interactive financial planning within the app itself, which they hope will help with financial literacy, and in a small part combat the unbanked populations across the region.

Razer Fintech and Visa anticipate rolling out these solutions progressively in selected countries across Southeast Asia in the coming months, before expanding globally.

In 2018, Razer Pay launched in Malaysia to 300,000 Malaysian downloads in just 48 hours. Since then, the company has set up its fintech headquarters in Malaysia.