Which is the Top E-Wallet in Malaysia? 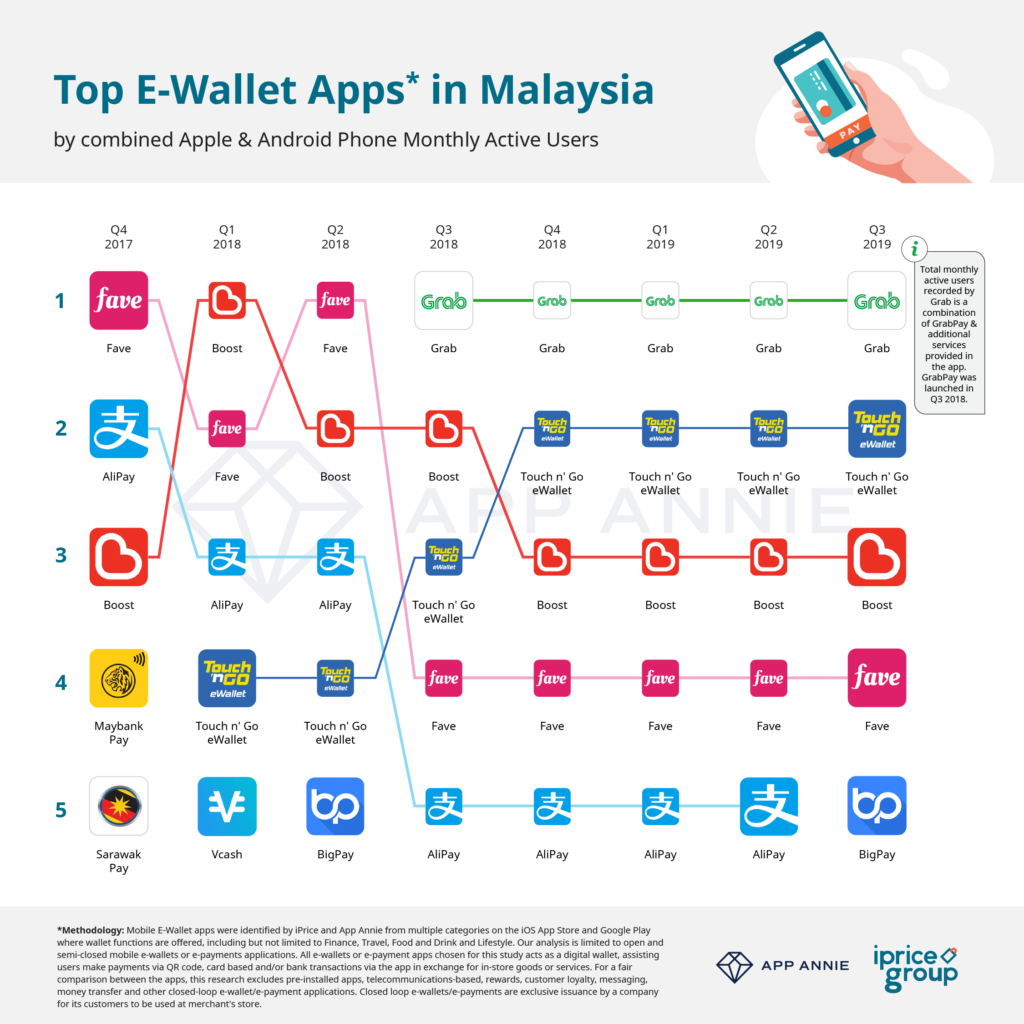 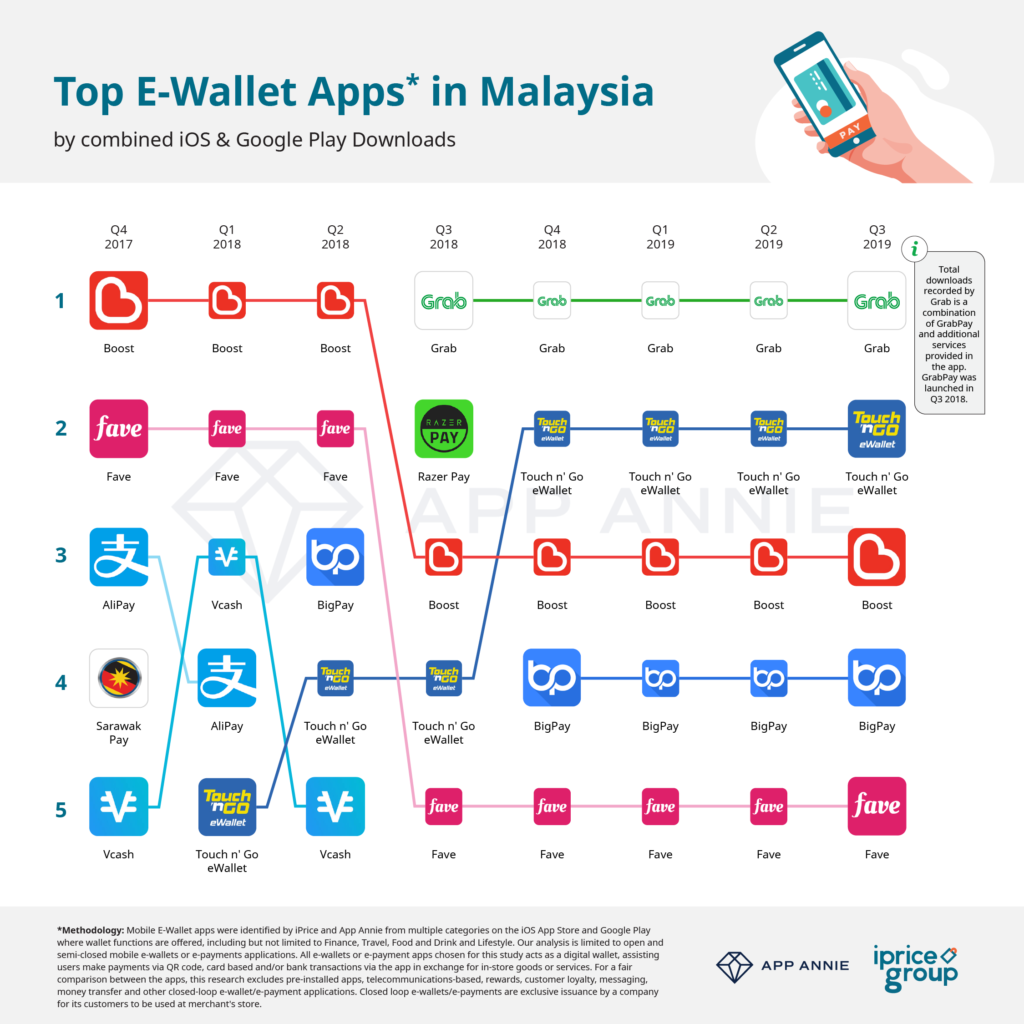 Grab is the Top E-Wallet in Malaysia?

Securing their license from Bank Negara Malaysia in December 2018, Grabpay officially began rolling out its wallet in 2019. The study indicates that “Grab is the most actively used e-wallet” however since the data includes users who may be using the app without necessarily using GrabPay as a payment option, the data might be skewed towards Grab’s favour.

Touch n’ Go eWallet entered the game later than Boost, but it has quickly risen through the ranks. Though they started off rocky with their launch the app’s UI and functionality have since improved greatly. The e-wallet is formed under a new entity named TNG Digital which is a joint venture between Touch n’ Go and Alipay.

Boost May Need a Boost in User Base?

Boost was one of their earlier players in this space, they gained a lot of traction through their generous cashbacks. While during the earlier days it is apparent that Boost had the widest user base and merchant, it seems Touch n’ Go eWallet has since caught up with them

Fave, Technically Not an E-Wallet, But Remains Popular

The study includes Fave as an e-wallet though strictly speaking, they are more of a payment aggregator which allows users to use credit cards, debit cards, or e-wallets on their app.