FICO, a global analytics software firm, has released its Consumer Digital Banking Survey which found Malaysian consumers are more comfortable opening bank accounts on their smartphones than consumers in the US and Canada.

The study showed that 23 percent of Malaysians prefer to open a bank account on their phone compared to 18 percent in the US and 16 percent in Canada. 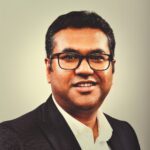 “It is not surprising that Malaysian consumers are digital natives,”

“It is demographically a young country, with 80 percent of the population under the age of 50. Plus, the Malaysian government is actively encouraging development and investment in the digital economy which makes up about a fifth of the country’s GDP. These factors have promoted a digital-first consumer base.”

The study showed that digital account opening is rapidly becoming the norm in Malaysia with 78 percent of consumers saying they would open some kind of financial account online.

Of those that would open a financial account online, 65 percent would consider doing so for an everyday transaction account, 45 percent for a credit card and 28 percent for a personal loan.

Leading the digital push were 25-34-year-olds, with 76 percent of them saying they would open a bank account online. This dropped to 49 percent when it came to consumers 45-55 years-old, but interestingly climbed back up to 61 percent for those over 55 years of age.

“So, this finding might be explained by younger generations helping their grandparents with their banking, especially if they are less mobile and can’t get to a branch.”

“As consumers’ reliance on online services grows in response to COVID-19, we expect further shifts in adoption and indeed an acceleration and acceptance in opening bank accounts digitally. It is important that banks closely examine any points of friction in their application process to ensure consumers are not abandoning a process or switching to a competitor,”

The survey found that a large percentage of Malaysians had an expectation that they should be able to complete all aspects of account opening online or on their phone.

If all actions required to complete an account opening cannot be accomplished in-session, only 45 percent of respondents said they would carry out the necessary offline actions as soon as possible and 23 percent said they would abandon opening the account. Overall findings demonstrated that financial institutions that don’t facilitate a completely digital account opening experience could lose over 40 percent of their new business.

“There is research to show that only 6 to 9 percent of applicants move through the funnel and complete the process,”

“The most important metric that banking executives need to understand is the difference between application completion for authenticated versus non-authenticated applications, as well as how many applicants with saved or abandoned applications return to complete the process.”

FICO’s Consumer Digital Banking Survey was the result of an online, quantitative survey of 5,000 adults (over 18) across 10 countries carried out on behalf of FICO by an independent research company.

Banks Must Gear Up for Upcoming Data-Intensive Era, Experts Say

APAC Banks Are Backing Open Banking, but What Does ‘Open’ Really Mean?