Instapay announced today the launch of an e-wallet service that is targetted at the migrant worker population. The company holds an e-money license with Bank Negara Malaysia (BNM) and has teamed up with Mastercard to a pre-paid payments card that’s linked to the e-wallet.

The e-wallet enables employers to digitise wage payments for the migrant workers which reduces the cost and risk of cash handling.

At the same time, the partnership with Mastercard enables migrant workers to use the card to pay at any merchants which accepts Mastercard and this alos provides them access to ATMs. This, in turn, provides migrant workers who are previously unable to get bank accounts in Malaysia some form of financial inclusion.

It is unclear how much it costs to withdraw money from ATMs using Instapay, we reached out to verify what are the costs of doing so. Typically we see the costs associated with withdrawing money for these services ranging around RM 10 which would be a big barrier for a price-sensitive market if Instapay is looking to charge similar amounts.

Update: Instapay’s spokesperson responded that the cost of withdrawal is only at RM 1 and they can transfer money to their own bank accounts for free.

The e-wallet also includes a remittance function which is crucial for migrant workers who are sending money back to their loved ones on a monthly basis. This is done through a partnership with IME-Ria Money a licensed remittance and money changer under BNM.

InstaPay is entering space where Merchantrade is active in where they also provide e-wallet and remittance services to migrant workers, they’ve also recently added insurance to their list of services as well. 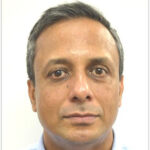 “We’re focused on bridging the gap in the segment and are targeting 100,000 users in the first year of the launch,”

“Technology has the ability to dramatically reduce the cost of remittance and at Instapay, we want to make it easier for people to manage their money – whether it’s sending money to friends or loved ones, or making payments using the Instapay Mastercard; all without incurring high costs or large transaction fees that often low income segments face,”