Reports of the Death of Challenger Banks Are Greatly Exaggerated

Against the backdrop of the cacophony of noise and emerging trends in Asia, it’s difficult even for the keenest of observers to determine what trends will shape the future of fintech in Asia. On the 6th episode of Fintech Fireside Asia, we were joined by Brett King, an inductee of CB Insights’ Fintech Hall of Fame and ardent futurist to shed some light on the matter.

The following is a summary of the conversation between Brett and Vincent Fong, Chief Editor of Fintech News Malaysia.

Is it True That Challenger Banks are Struggling?

Xinja, a digital bank in Australia had to return its banking license despite high anticipations that it would disrupt banking there. Critics in this space have used that as a basis for an argument that other challenger banks might suffer the same fate. 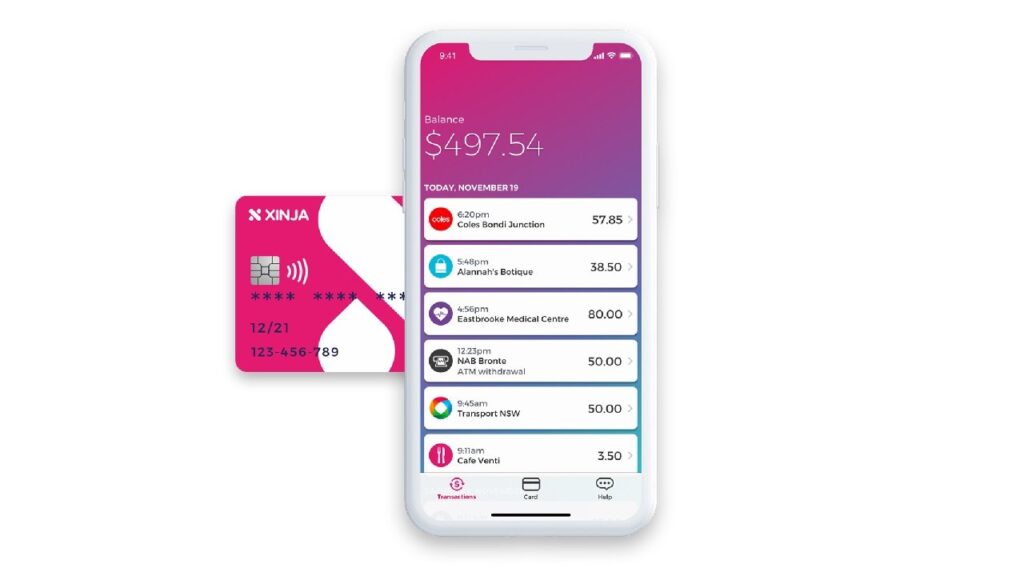 Are challenger banks truly a bubble that is waiting to burst?

Brett disagrees with these observations.

“For Xinja, the problem came in the source of funding. They were caught in the conflict between China and Australia in this trade dispute most recently; their funding came from China.”

According to Brett, Australian regulators decided it was too risky for a company in Mainland China to have dominant ownership in Xinja due to trade dispute conflicts between Australia and China.

“So from a capital adequacy perspective, that sort of pulled the rug out from under Xinja’s feet, didn’t give them many options. I don’t think the fundamentals were wrong with Xinja,I think they were caught in a political moment. But in reality, it doesn’t matter.”

Brett brings up China’s WeBank, which has been “extraordinarily disruptive” and the most profitable challenger bank in the world with over 250 million customers. The potential exists in every market. Starling is currently a unicorn, and in the UK challenger banks have at least reframed the conversation about what a bank should and shouldn’t be doing—setting standards for customer service. In Korea, Kakao Bank is about to IPO and is profitable.

“I think the optics on that is very threatening for the traditional banking sector in China so I wonder whether that was a key element in the decision-making to sort of restructure Ant,” opined Brett.

Eventually, Brett thinks that the market will notice that the cost of acquisition for challenger banks is much lower than traditional banks, while their lifetime value of profitability is “just as good”.

“And because you’re carrying all of this branch infrastructure? Why? Why would you do that, you know? The economics don’t make sense so I think we’re already seeing the effects of mobile wallets and challengers.” 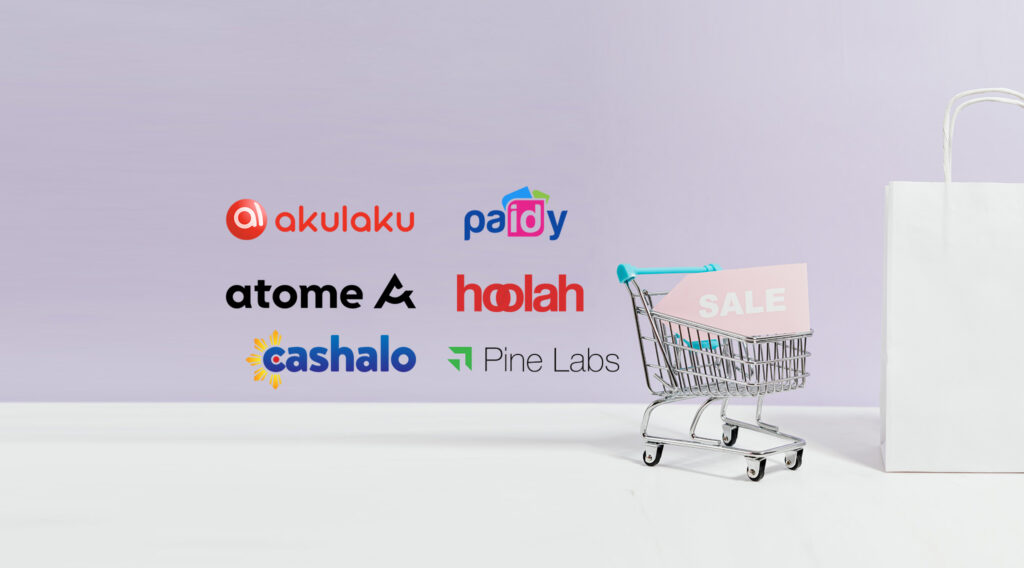 Buy now pay later (BNPL) schemes have been popular in Australia, Brett’s hometown. And there are many players within the ASEAN region that are moving into that space as well, but there are many in the industry who argue that BNPL as some sort of net evil. It is said that it’s not a healthy practice for users as it pushes consumerism, and will push users to spend more of their share of wallet on stuff they can’t afford.

“The reality is, it’s a shift in context of credit. Look, why don’t we say that about credit cards?”

“Credit cards are misused and the banking industry relies on that misuse. We promote credit card rewards and cashback to stimulate payments on credit cars when people can’t afford to use them. So the industry is pretty rich to have the traditional players now calling out BNPL for what essentially they’ve been doing for the last 40 years. “

With credit cards, if someone wants to buy a high-ticket item and realise they can’t afford it, they have to go to the bank to open a line of credit (most probably a credit card), before they can go back and purchase their stuff. BNPL simply provides a one-click option to do the same thing within the shopping environment itself.

In fact, Brett went on to say “This is going to happen with other aspects of finances, it’s how a smart banking account works, right? It embeds finances in the world around us.”

“Banks think they’re special enough to stop you from doing whatever you’re doing—buying a car, buying a home, going on a trip, going shopping, and control that because you have to come to a bank and get a bank product before you can do those things. And that’s the model that’s breaking with BNPL. That model of where you need to treat banking as a separate transaction environment. Instead, it’s gonna be embedded in the world around us.”

To Super-App, or to Simplify Banking’s Pain Points?

There are a few fintech models in play right now, with seemingly opposing philosophies. Ant Financial for example, launched a customer-facing super app that completely revolutionised the China payments ecosystem and is set to be valued at US$150 billion once it IPOs (and even this is a massive slash in potential valuation due to sanctions by Beijing regulators). And seemingly on the opposite end of this spectrum is Stripe, valued at US$95 billion by having a singular focus on improving the payment experience.

So, which philosophy should a fintech follow to succeed?

“It depends on what your market opportunity is,” said Brett. 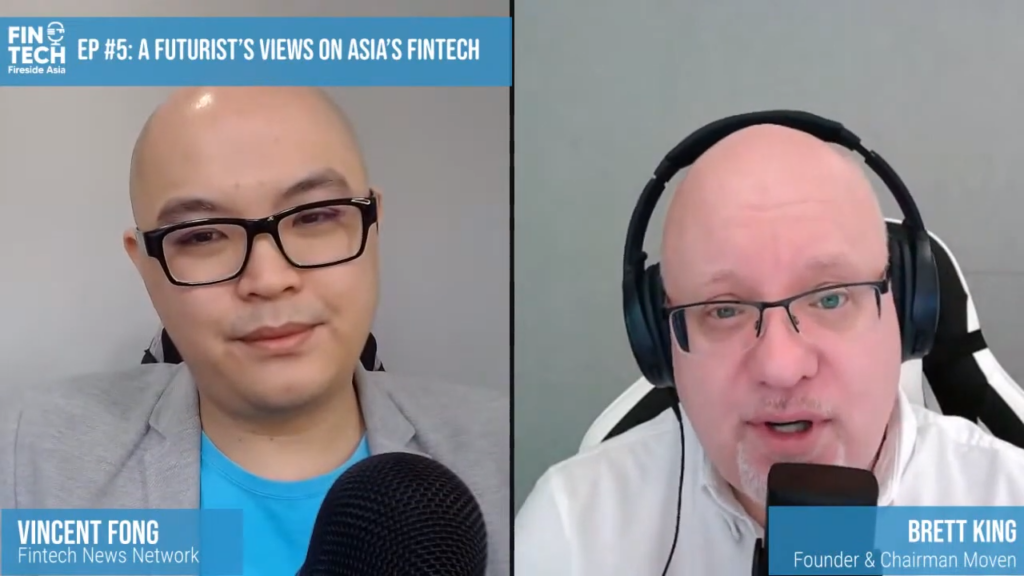 The question is often posed: could we produce the Facebook or Uber of banking? Unlike either of those platforms, however, banking is subject to regulations that differ dramatically between jurisdictions you may expand into. Fintechs require licenses, and these licenses need to be obtained in each and every single area they’d like to launch into.

“But at the same time, if you can get that network effect, then your influence is much stronger.”

(Network effect is when the value of goods or services depends on the number of people utilising them; the higher the better)

Ant Financial’s Alipay and Tencent’s WeChat Pay for example, launched a red packet initiative where money usually given out during Chinese New Year can simply be transferred using these apps.

“You give away your digital red packets, and once people have digital money in their wallets, they have to spend it. So it’s a great way to get people to start thinking about using mobile wallets.”

What’s important to remember is that there is no one-size-fits-all idea here. For example, the simplicity of QR codes and easy merchant onboarding allowed mobile wallets to boom in China, yet this would probably be harder to do in the USA and Europe as they would have to displace existing payment methodologies that weren’t present in China.

So players in the USA and Europe, like Monzo, Starling, Revolut and etc. “have to differentiate more pragmatically. How to do that?”

“Those guys did it with customer experience—great app. [They’ve] set a standard that now the banks have to respond to,” said Brett.

“The next piece of that using AI contextuality. “Buy now pay later” [becomes] contextual credit that will be activated depending on where you are and what you’re doing behaviorally or location-based.”

Brett also notes that traditional players may lag in this area, as new players aren’t restricted to legacy processes or technologies, which allows them to innovate more quickly and efficiently.

The full discussion originally appeared in “EP#6 A Futurist’s Views on Asia’s Fintech ft. Brett King” and can be found here, hosted on Fintech Fireside Asia.

Axiata Expects to Be Operating a Digital Bank by 2021

Johor State Government Eyeing to Launch its Own Digital Bank