GrabPay, the in-app wallet of superapp Grab, announced that it has recently rolled out the GrabPay DuitNow QR feature across the country.

The e-wallet was the first in Malaysia to sign-up with PayNet this feature which is now widely available.

Operated by PayNet, DuitNow QR is Malaysia’s National QR designed to encourage nationwide adoption of cashless payments and the digital economy through the use of an interoperable QR code.

DuitNow QR will provide consumers with a safe, easy payment method for in-store purchases, and give merchants access to the millions of consumers who have adopted the digital-first lifestyle.

According to a report by Bank Negara Malaysia, the volume of e-wallet payments have increased by 131% since 2019. Additionally, the number of merchants accepting QR code payments has also increased.

The same report by Bank Negara Malaysia found that the number of merchants registering for QR code payment acceptance has risen by 165% since 2019, indicating that businesses are prepared for cashless payments. 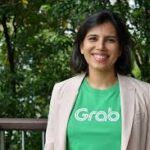 “We are pleased to be a participant of DuitNow Real-time Retail Payments Platform (RPP) ecosystem to enable retailers throughout Malaysia to serve Grab users, while consumers themselves will find it even easier to purchase essential items.

The implementation of the DuitNow QR code is timely considering recent economic shifts and the most critical needs of users and merchants. Both groups can easily, safely and quickly transact with each other, and shoppers have every opportunity to be more economical with their spending,”

As a Long Time Fintech Observer, I’m Not a Fan of e-Tunai — Here’s Why