BigPay has officially submitted its application for a digital banking licence to Bank Negara Malaysia.

BigPay’s consortium include Malaysian Industrial Development Finance Berhad (MIDF), Ikhlas Capital and a foreign conglomerate with fintech expertise. They said in a statement that each of the consortium partners is contributing something unique for the success of BigPay Bank. In addition to the consortium partners, BigPay is part of the airasia Group and has access to a broad ecosystem that includes eCommerce merchants and consumers, insurance and telecoms.

Over the past 4 years, BigPay has successfully added a number of regulated financial products to its offerings, from e-money and international remittance to micro insurance and budgeting, with the goal of being a one-stop solution for Malaysians’ financial needs. In the coming months, BigPay will launch a number of new services – including responsible credit, micro savings and an offering for mSMEs and freelancers. 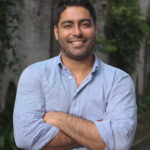 “BigPay Bank will allow us to execute deeper on our mission to build a connected financial future for Malaysian consumers and entrepreneurs. If we’re given the licence, we’ll be able to reach more Malaysians with a wider range of services – all with the goal of building a stronger Malaysia,” 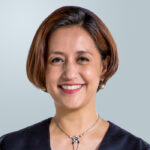 “airasia Digital has a broad ecosystem of mSMEs and consumers, particularly in the B40 segment. BigPay, a subsidiary of airasia Digital, will have access to distribute financial services to this ecosystem adding overall value to everyone within it.”