Malaysian fintech startup MoneyMatch announced today the successful closing of its Series A fundraising round totaling MYR 18.5 million over two tranches, initially led by Cradle Seed Ventures in 2019 and now has been closed with KAF Investment Bank leading the second tranche earlier this year, subject to final regulatory approval.

Fresh off the recent funding round led by KAF Investment Bank, MoneyMatch has stated that it is looking to further expand its presence to Singapore and Hong Kong by year end, along with allocating additional resources to Malaysia’s northern and southern regions as the startup looks to ramp up its presence both nationally and internationally.

Founded in 2015 by former bankers Adrian Yap and Naysan Munusamy, MoneyMatch was amongst the first batch of fintech startups enrolled into Bank Negara Malaysia’s Financial Technology Regulatory Sandbox in 2017, and successfully graduated to become a full licensee under the Money Services Business Act in 2019.

Since then, MoneyMatch has scaled up to serve over twenty thousand individuals and over three thousand small and medium enterprises (SMEs) in Malaysia whilst also expanding operations to Australia and Brunei, with total transaction volumes exceeding MYR 2.3 billion since inception.

Since starting operations in mid-2017, the startup has since grown to over 70 full time employees spanning three jurisdictions and winning multiple fintech awards. 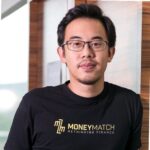 “We are incredibly excited to bring KAF Investment Bank into our family and with their strong reputation in the financial markets and investment circles; this further validates our disruptive business model as we look to scale up now with new fintech product launches and overseas expansion in the coming months. We are also really excited with the upcoming opportunities with digital banking opening up and will be working together with our investors to grow in this space.”