Publicly listed PUC Berhad, the e-commerce platform that was formerly known as 11street, revealed that Sabah and Pahang are the two state governments that it has partnered with to bid for one of the 5 digital banking licenses that Bank Negara Malaysia will issue early next year.

PUC is leading the consortium with another unnamed conglomerate in addition to the other two state governments.

The consortium said that it recognises that there is a sizeable under-served segment which includes micro, small and medium enterprises (MSMEs) and B40 segment consumers (the bottom 40% of the Malaysian household income) in the country.

PUC plans to provide a user-friendly banking app which meets the financial needs and enhance the banking experience of this target segment.

Given that Sabah and Pahang have the second and third highest B40 segments within their populations, PUC added that the presently under-served segments will be given access to a digital banking network with planned products to include mobile wallet, smart savings and micro-loans if it is granted a license.

Here is a comprehensive list of all the digital banking contenders in Malaysia so far. 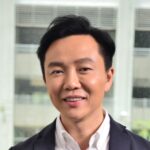 “PUC is extremely honoured to have been selected as a strategic partner by these two states. With their participation, we have a sizeable ready customer base as Sabah and Pahang collectively account for approximately 20% of Malaysia’s population.

PUC’s digital ecosystem has given our consortium a clear lead over the other digital bank contenders with our existing fintech, marketplace and service solutions.” 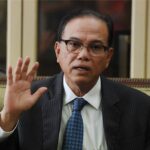 “I am confident this initiative will become a cornerstone of the Pahang State Digital Plan 2021 – 2025 as it will meet our goal for every person in Pahang to have access to digital banking and other services via their own mobile device.

The digital bank will also serve as a platform to drive innovation and boost digital transformation amongst our MSME as envisaged under the National Policy on Industry 4.0 under the Federal Government.”

Connecting People With Finance: Empowering the Financial Industry in the Intelligent Mobile Era