TrueMoney, a payments player and a subsidiary of Ascend Money announced today their launch in Malaysia.

During their press event, they also announced that they are now the “official payment” provider for all of Lotus’s hypermarket locations across the country. Despite the partnership, users are still able to use most competing e-wallets to pay at Lotus’s stores.

Founded in 2003, TrueMoney operates in six countries and they claim to have the largest agent network with over 88,000 agents to seamlessly send money both domestically and internationally.

TrueMoney’s e-wallet involves your standard features like QR payments, P2P payments, pre-paid and game credit top-ups, as well as bill payments. It’s worth noting that currently the app only allows for merchants to scan the QR code for payments. 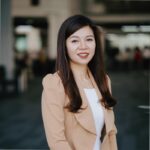 “We, TrueMoney, have now expanded into the Malaysian market, marking the company’s 7th Southeast Asian country of operation.

Through our eWallet, we offer seamless payment and convenience to all users, with a wallet size of RM10,000 and the utmost assurance of safe and secure payment.

We might be the new kid on the block, but we bring with us a strong tech infrastructure & pre-existing businesses to connect with users in Malaysia.”

Sign-up is relatively straightforward and can be done in under 5 minutes. However, if like me, you’re a slightly older individual keying in your date of birth can prove to be a little of a hassle as it is not immediately obvious that you can select the year by double tapping.

In a competitive e-wallet landscape like Malaysia getting the onboarding experience is crucial. For now, TrueMoney’s user experience could use some improvement or they’ll risk wasting precious user acquisition dollars to a poor onboarding design.

The TrueMoney e-wallet is currently available in Malaysia via both the Apple App store and Google Play store. Users of the TrueMoney e-wallet will also be able to receive instant benefits upon activation, apart from enjoying Lotus’s cashback and points, along with a RM10 TrueQuest reward.

What Razer’s Malaysian Headquarters Launch Means for its Fintech Ambitions