As Malaysians go to the polls tomorrow to decide the fate of the country, the election fever runs high. So much so that the election fever has seeped into the subject of blockchain. Earlier this week, a candidate of the political party Malaysia Chinese Association (MCA) Ryan Ho, claimed that if he is elected as a member of Parliament he would push for blockchain to be deployed for the purposes of eradicating corruption from the government.

He said in a statement to the local media that, blockchain technology, like Ethereum, had been proven to eradicate corruption in government departments.

We will avoid diving into the political aspects of this story, we’ll leave that part to our media peers who are more experienced in covering stories of this nature. What we wanted to explore in this article is the validity his statement.

In Theory Yes, Blockchain Can Eradicate Corruption in Malaysia

In theory, blockchain’s very nature of being immutable and transparent makes it a prime candidate to tackle an issue like corruption. Deploying blockchain into the public sector as an accountability tool, will make corruption more difficult since it leaves and audit trail of how public funds are being spent.

If deployed, every transaction between the government, GLC entities and the private sectors can be scrutinised for elements of corruption.  The use of a distributed ledger also mean that when it comes time for investigation or prosecution the accused party, will not be able to conveniently wipe their servers to cover their tracks nor will they be able to mislead the public on where the sources of certain transactions may have originated from.

Around the globe we’ve seen instances of governments aggressively pursuing blockchain, one such instance is Dubai whose ambition is to become the world first blockchain powered government, while recently corruption embattled Brazil has also looked into various use cases for blockchain.

The efficacy of the blockchain in eradicating corruption largely depends on how it is deployed, the authorities who deploy it may opt for a highly centralised blockchain in which only allows for known participants to join in the network, which means in theory, those in power can appoint those who are not impartial to audit the transactions.

Much of corruption can also happen outside of the audit trail, a public servant with ill-intents can for example, award a contract to a private vendor who offered him or her a bribe. While the transaction of the contract is recorded on the blockchain the bribe may not, which creates the illusion of being corruption free.

The last point to note is that transparency may not necessarily lead to the eradication of corruption, Malaysians by now are familiar with the annual reports by the Auditor General. While there are egregious numbers that raises red flags, it can sometimes be difficult to conclusively prove in the court of law that corruption has indeed occurred.

Even if blockchain can enable citizen audit, the challenge is whether there will be enough participation for the general public outside of NGO bodies. Many citizens decry the results of the Auditor General report with much passion when it is release but it fizzles out several months later. 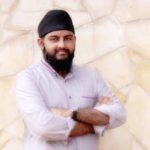 We reached out to Harpreet who is the CEO & Co-Founder of Blocklime, a blockchain development and consultancy company to get his thoughts on this subject.

He commented, “Unless the entire monetary system is on the blockchain, I don’t see a way of totally eradicating corruption through the blockchain. Even so, the technology must be implemented with the right intent, otherwise it defeats the purpose”

While there is no denying that blockchain as a technology is great, we must be careful not to treat it as a silver bullet for all our problems and this is not an issue that is exclusive to blockchain, even with big data and artificial intelligence conversations about how it will solve our problems have sometimes become inflated.

Blockchain can certainly be a wonderful tool to add in to the arsenal of anti-corruption, but the importance of good governance and having the right leaders in place cannot be downplayed. In closing, I wish all my Malaysian friends the best in deciding the fate of the country tomorrow and no matter the outcome let it not divide us as fellow citizens.