Startup Now Ranked Top 5 Funded Malaysian Fintech with Its US$ 3.5 Mil Pre-Series A

Malaysian fintech startup Goals101 through its India-based entity recently secured US$ 3.5 Million in a Pre-Series A round with US-based Nexus Ventures Partners. This round of funding impressively puts them among the list of the top 5 funded fintech companies in Malaysia despite only raising a Pre-Series A

Goals 101 is described as a company that ultilises Artificial Intelligence and Machine Learning to analyse spending patterns which will then be used to help brands and banks identify, reach and influence hyper-relevant customers.

Since its launch in 2017, the company has since secured partnerships with 21 banking partners across Asia including several major banks in Malaysia.

Commenting on the investment round, 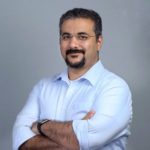 Given the team and technology combination at Goals101, it’s not surprising that they have already made a mark in six countries with several banks in a matter of only two years. We are excited to partner them as they embark on their next phase of expansion and growth.”

Fresh off securing funding from Nexus Venture Partners, Visham Sikand, Co Founder Goals 101 shared that they’ve set their eyes on heavily investing in its technology and data science capabilities, they will also be expanding their business to markets like UAE, Qatar, South Africa and Kenya.

13 Industry Leaders’ Predictions About Where Malaysian Fintech is Headed