Sydney Startup Hub: What Malaysia Can Learn from Australia’s Mega-Hub

Recently I had the pleasure of joining the ASEAN Tech Challenge which was organised by The Australian Trade and Investment Commission and the New South Wales Government.

While I was there, I took the opportunity to spend the week meeting some of the local players to get a sense of the fintech ecosystem in Australia.

My first stop was the Sydney Startup Hub, spanning over 17,000 square feet and 11 floors — it’s strategically located in the heart of Sydney’s commercial business district.

The Sydney Startup Hub is a NSW Government initiative led by Jobs for NSW, a NSW Government-backed agency established in August 2016 to support the growth of new jobs across this state.

I learnt that the NSW Government will invest $35 million into Sydney Startup Hub over the next five years, which I found really interesting. While there are a number of global peers with startup hubs of a similar nature, none have government investment. 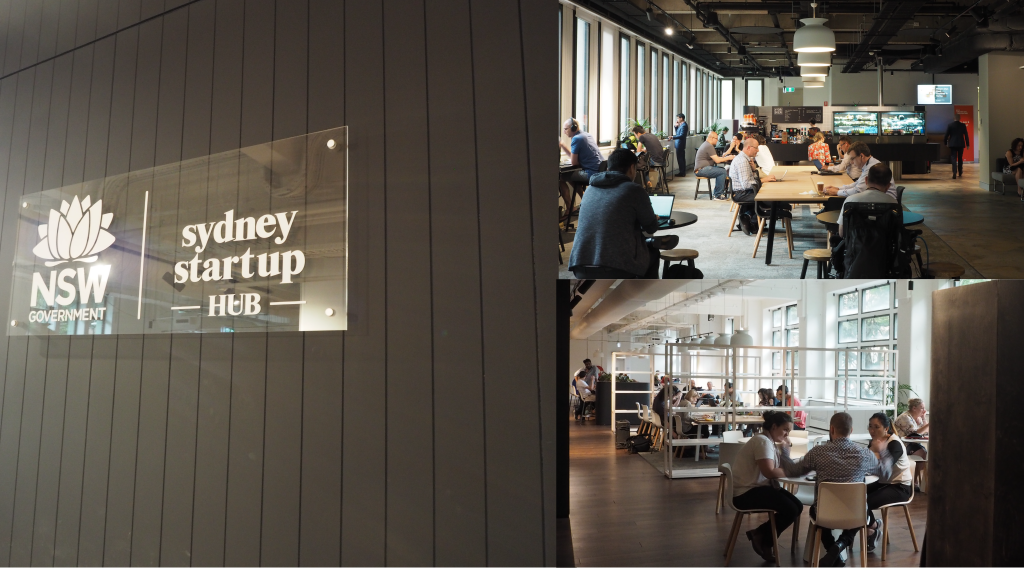 The ground floor of the hub features an open layout with a cafe as its centerpiece. The space is open to public, anyone can pop-in and use the Wi-Fi for free.

One could immediately sense the energy in the space once you walk in. When i was there several days of the week to meet-up with local players, the space was always filled with people hot-desking for several hours and having their meetings there.

When we caught up with Joshua Flannery, Director, Sydney Startup Hub, he shared since its launch in February 2018, the Sydney Startup Hub initiative have since created over 980 jobs and raised over $AUD 80 Million.

Interestingly, the Sydney Startup Hub consists several anchor residents that ranges from early stage incubators to corporate accelerators each with its own dedicated floor.

The incubators include Stone & Chalk, Fishburners, Tank Stream Labs and The Studio. Whereas the corporate and government residents include some big names like Microsoft’s ScaleUp accelerator program, Caltex’s C-lab, Transport for NSW’s Future Transport Digital Accelerator and the Department of Finance.

Joshua also explained that cost pressures brought by rapidly rising real estate prices has made it increasingly difficult for these incubators to support the startups, which will inevitably lead to the costs being passed to the startups. A scenario as such, would make it prohibitive for early stage startups to be part of the ecosystem.

The hub provides subsidised rates for the incubators which in turn enables them to continue running programmes to boost the startup ecosystem.

Beyond just economics, hosting these accelerators and incubators together is certainly a strategic move, as it helps to weave communities from various stages and verticals to mingle with each other to learn, grow and collaborate together.

The hub could also provide benefits to Malaysian fintech companies eyeing the Australian market. David Albaiceta, who works for the NSW Government based in Kuala Lumpur as Director Trade and Investment, accompanied me during my visit to the Sydney Startup Hub.

David mentioned that back in Kuala Lumpur local Malaysian fintechs had already expressed an interest in the Australian market and were looking at the Sydney Startup Hub as a potential landing pad.

At the same time, I also realized that some of the Australian startups based at the Sydney Hub were also very interested on what the Malaysian and other ASEAN markets could offer. I could sense some synergies in both ways. 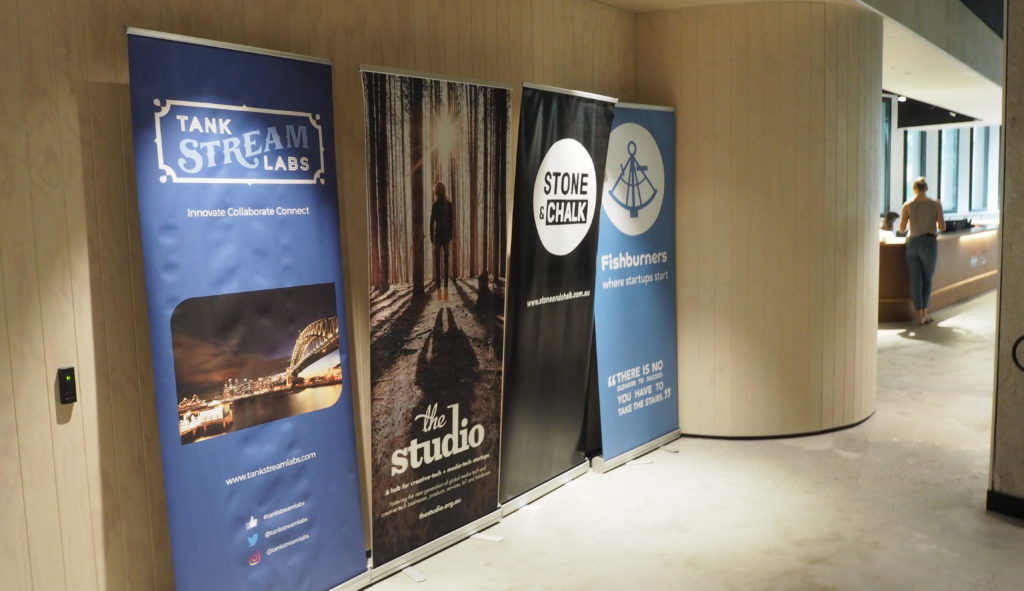 Out of the 9 residents, two of them have a fintech skew to it namely;  Stone & Chalk a well-known Australian fintech hub  and Tank Stream Labs who won the best Best Co-working Space in Australia at the inaugural Fintech Awards.

Being a fintech geek, I wouldn’t be doing myself a favour if I didn’t take a chance to tour the two spaces.

Started in 2012, Tank Stream Labs primarily works with growth stage startups and scale-ups. It is currently home to 150 tech companies, of which 30% are fintech startups.

Yaron Rudman, COO Tank Stream Labs told Fintech News Malaysia that the dominant make up of fintech companies at its space is more of a reflection of Sydney’s startup landscape than it is a conscious effort from Tank Stream Labs.

The space also features areas where residents can organically interact which includes a swanky coffee machine, a pool table as you would expect from a co-working space.

Yaron told Fintech News Malaysia that despite having organised multiple events to have people interact with each other, sometimes the best ideas come from organic interactions that happen while waiting for their coffee or over a relaxing game of pool.

My next stop was Stone & Chalk, who some have described as both the largest fintech hub and centre of gravity for fintech in Australia. Based in several locations, its Sydney Startup Hub arm is home 109 startups with over AUD$218 Million Raised, 26 large corporates.

Beyond just being a space where fintech founders to plug in the laptops and work, Stone & Chalk also functions as conduit for their corporate partners to work with innovative fintech startups. The large corporate partners feature familiar names like KPMG, AIG, Australia Stock Exchange, and HSBC.

Some of notable graduates include promising companies like Brighte, a fintech firm focuses on giving Australians access to sustainable  removing the upfront cost of owning solar panels for end consumers.

Another alumni that is worth mentioning is AgriDigital, which is a blockchain powered platform that is designed to manage supply chain from the farmers all the way to the consumers. To date it has transacted over $AUD 255 Million in value.

There’s no shortage of co-working spaces in Malaysia, ranging from broadly focused to vertical specific ones. Names like WORQ, Common Ground, NEM Blockchain Center, Orbit and ADAX (ASEAN Data Analytics eXchange) are familiar names to those who are in the startup scene.

Malaysian founders are spoiled for choice when it comes to co-working spaces and incubators, however much of these exists within their own vacuum. Fintech does not exist in isolation neither should it community, an initiative as such could help various startup communities to stop existing in isolation.

Cross-pollination of these community can help founders better understand how their solution can fit outside of their own current market and could perhaps even spark brilliant ideas that weren’t previously thought of.

There are already a few areas in which a concentration of co-working/incubator spaces exists, in Bangsar South there Orbit and ADAX which are both initiatives by MDEC, with the former being fintech focused and the latter data focused.

Whereas Glo Damansara is home to both NEM Blockchain Centre and WORQ. There’s also plenty of unrented retail spaces in that mall which I’m sure if there’s a large enough scale, a substantial discount can be negotiated.

Perhaps if the Startup and VC Commission previously mulled by Minister Gobind comes to fruition this could be one of the first initiatives to be considered?

Why Australia is a Great Destination for Malaysian Fintech Startups