Malaysia-based and run CoinGecko could have seen the writing in the stone for CoinMarketCap’s recent scandals, since it came out that as much as 95% of spot Bitcoin trading volume has been “faked”. Even during its founding in 2014, the two CoinGecko founders have run their website with transparency at its front and center.

Market Capitalisation Isn’t All That in Crypto-Trading

Launched soon after CoinMarketCap did in 2014, CoinGecko holds transparency as its philosophy rather than a response to market demands. In fact, the founders stated that it’s their own frustration with aggregators that got the ball rolling, back in 2014 when they were mere Bitcoin traders themselves.

During a sit-down we had with the two founders, TM Lee said: 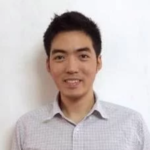 “[When] we were trying to understand the space, we tried to reverse-engineer the numbers that these aggregators were showing, and we just couldn’t figure it out, no matter the permutations we tried. To us, if we can’t figure it out for ourselves, then there’s no way that any other guy on the street can.”

The other co-founder Bobby Ong said: 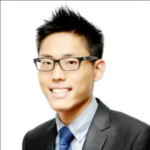 “At the time the only way of people evaluated these cryptocurrencies are based on price and volume. Nothing else. No fundamentals or anything. So what we wanted to do was to bring in various different data points in different places.”

Even back in the yester-years of 2014, their attempts to research coins at forums showcased seasoned traders advising for or against a coin based on its developers, community, and other similar metrics. The pair realised that similar information could be pulled via API from Github, Facebook, Twitter, Reddit, etc, so the question became: why hadn’t anyone done that yet?

“It’s clearly a metric that the community looks at but nobody was trying to quantify it so we thought: let’s put them together and see what comes of it,” said TM.

Market capitalisation is calculated multiplying the price by the circulating supply. However, TM opined that the supply itself is a very subjective among different parties. So CoinGecko offers a way to understand where the numbers come from, rather than acting like values presented were absolute.

At a coin’s page, hover over the question mark to find out supply information.

In fact, all it takes is a click of a button on their website for users to be shown a breakdown: total supply, coins helped by a foundation, used for research and development—all deducted to get the circulating supply on CoinGecko.

While CoinGecko prides itself on being second best, the fact remains—they’re not quite at the top. This isn’t a small gap either as despite their claim to second-best, CoinGecko is now the 6,569th most popular website globally, a far cry to CoinMarketCap’s place as 490th most popular website. So what made the difference if both started around the same time?

When asked, the pair chalk it up to a few simple factors.

“They built something that’s easy to understand,” said TM.

“Most people will look at price first before they look into the fundamental value of any coin. And the few months that they had gave them a head start in the industry,” said Bobby.

“They say that one day in crypto is one year in the real world. So that few months was a big head start that they had. It’s also a self-reinforcing thing, once you have a head start, people refer to you and it builds a virtual cycle.”

In a similar vein, the pair consider themselves lucky for having started five years ago when it wasn’t so competitive, and built a name for themselves that lasted through the crypto-boom in 2017 and now while the market is in its bearish state. 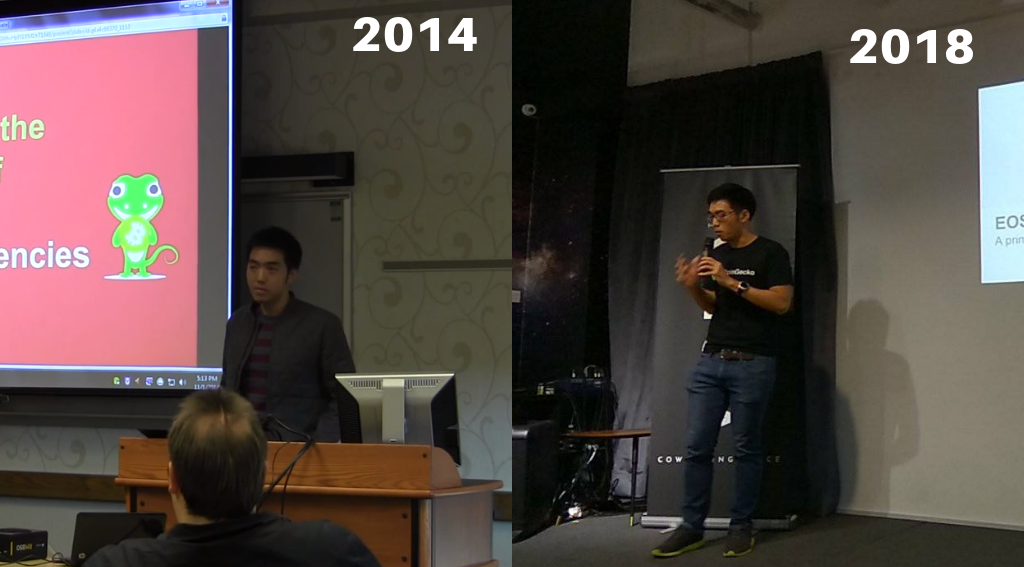 CoinGecko also credit their position today thanks to an early decision open their platform up with a global angle instead of winnowing down to just Malaysia. That was a good call since Malaysia’s scene was probably not enough to help them monetise.

Of course, not paying themselves a salary to allow for ramen profitability in the early days certainly helped too, though the two are now earning a keep for their venture today.

To play catch-up with the top gun and to stay ahead of increasing competition though, CoinGecko practices an agile methodology. In fact, until very recently, the CoinGecko team was just Bobby and TM—which made experimentation a pretty snap decision.

“Even now we still use agile methodology when doing software, instead of a waterfall model,” said Bobby.

The methodology reflects in their website model as well.

It was admittedly arbitrary, but CoinGecko’s rise to fame was thanks to an easy to view dashboard that did an pretty equal split across market capitalisation and fundamental data to create an all-in-one display of coin rankings. Over time, trying to perfect the value granted to specific data points proved difficult with the ever-evolving crypto-scene.

So CoinGecko came up with an elegant solution: they stopped bothering.

“These days, we try to move away from that model because we realised there’s no perfect model. Instead, now we display raw data and let the users use that for themselves,” said TM.

“The model that we created was suitable five years ago. Today we have different coins and different tokens being issued in different manners. Back then, a lot of the coins were mineable coins, so you can kind of compare them, but today there are coins that are created from ICOs, you can’t compare those to Bitcoin.”

The change seemed to be a preferable one among its users according to the pair, but they’ve got other ways to stand out in mind.

The company introduced an open API in mid-2018 for developers to use, based on a model they had been restricting to research institutions until that point. The company offers this API for free, despite seeing competitors charging for the same offering.

According to Bobby, “if everyone charges for it then this ecosystem will not grow. If the barrier of entry is paying, then you won’t see all these small apps coming out, or even other services that want to tap into this data to build something for their customers.”

“We believe in an open decentralised future where data is freely accessible so we want to keep it free for indie developers and other developers to build on top. You never know what can come out of it when you keep access to data open.”

In return, CoinGecko gets some branding. Some known users of the open API include the Trezor Hardware Wallet, Etherscan, and other block explorers.

Beyond that, to remain competitive in the market, Bobby seems to think it’s about survival of the fittest, so the pair have measures in place to weather the storms. Being seasoned veterans in the scene, CoinGecko is fully aware of the cyclical nature of cryptocurrencies, and thus have had their business affairs in order to weather through this bearish stage in the nascent scene’s growth.

“There are a lot of competitors coming out to do what we are doing now, but it’s tough when you don’t have the 4-year head start that we had,” said Bobby.

“When the market is down, then everything is effected. If your cashflow isn’t managed properly, then things can be effected. I’m expecting companies to consolidate soon.”

And they’re pretty confident they won’t be one of them.