The South East Asian startup scene is ripe with opportunities and home to some of the most exciting startups within Asia and beyond. The region has given birth to unicorns who are household names like Grab, Gojek, Sea Group, Traveloka, Lazada, and more. Globally, there are roughly 491 unicorns at the cumulative valuation of over US$ 1.5 trillion, according to CB Insights.

However, despite our best efforts, Malaysia is not part of the action. Of course, some may argue that Grab is a Malaysian company but that’s a tired and old argument because the fact is, they are headquartered in Singapore and the ship has sailed in labelling them a Malaysian company.

I think we have to come to terms with that and look towards the future and figure out what it takes for Malaysia to start producing high-valued startups.

In June 2020, the Axiata Digital Group secured Malaysia’s largest fintech investment round yet from Great Eastern at US$ 70 million for a 21.875% stake in Boost Holdings Sdn Bhd. The entity comprises of its e-wallet business in Malaysia and Indonesia named Boost, Aspirasi a microfinancing and microinsurance platform, Apigate an API platform, and Trust Axiata Digital Limited a joint venture with a local bank in Bangladesh Launchpad.

At the valuation of US$ 320 million, the Axiata Group also revealed their ambitions to become Malaysia’s first tech unicorn during an earlier press conference. We invited Khairil Abdullah, CEO, Axiata Digital for our 3rd episode of  the Fintech Fireside Asia series to discuss their ambitions and what it takes for Malaysia to start producing unicorns. 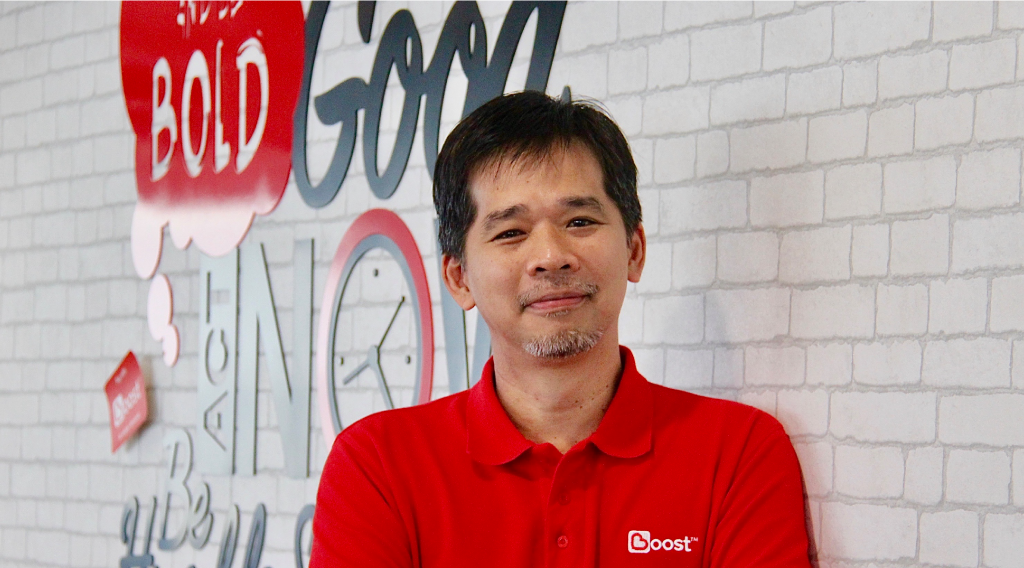 There were many on social media who commented that if Axiata Digital’s Boost Holdings were to achieve a US$ 1 billion valuation, they should not be labelled as a unicorn because of their listed heritage. When I posed the question to Khairil, he didn’t seem all too concerned about the labels saying,

“Frankly for me it doesn’t really matter if we are labelled as a unicorn. If there are those out there who think we don’t deserve to be called a unicorn, I am completely okay with that.”

For Khairil, it was more important that they create shareholder value and to attract other partners that will take them even further.

“If we do achieve the valuation of US$ 1 billion, it will potentially attract other partners beyond Great Eastern to take us even further.”

Do unicorns really matter and how do we get one?

But how important is it really for Malaysia to create its first unicorn? Does it really add any value to the ecosystem or is it just another vanity metric? Khairil seems to think that it is important to help generate interest in the Malaysian market. He added that Malaysia, for now, remains a side note in the South East Asia investment scene.

If we want to attract investors, Khairil feels that having a Malaysian unicorn will help create a story that will compel investors to take a deeper look into our ecosystem.

Kharil is of the view that if Malaysian startups want to achieve that valuation, they have to expand beyond just the local market. He pointed out that companies from smaller markets like Singapore or Hong Kong who achieved the US$ 1 billion valuation did not play in their local market alone.

Beyond just the total addressable market, Khairil also highlighted several key elements that he feels are crucial to achieving the unicorn status.

“To justify that kind of valuation, you have to be building products that are solving the customer’s pain points. Have a business and operating model that can solve those pain points and yet generate positive unit economics, and also be very hard to replicate to some extent. More importantly, you need to be able to scale this across your market and multiple other markets sustainably in a fairly short period of time. You’ll need an army of very talented people to achieve it.”

The group’s digital financial services started its journey from micropayments through Boost, which Khairil said provided the transactional stickiness to the customer. He acknowledges that the path to profitability doesn’t lie in providing micropayment services through its e-wallet.

He alluded that the key for them to be profitable is to layer other financial products on top of its micropayment services and to leverage on the data that was generated on their platform to further benefit these products and its users.

After achieving scale with roughly 9 million registered users in Boost, Khairil said they very quickly turned their attention to offering micro-lending and micro-insurance services to their SME base. 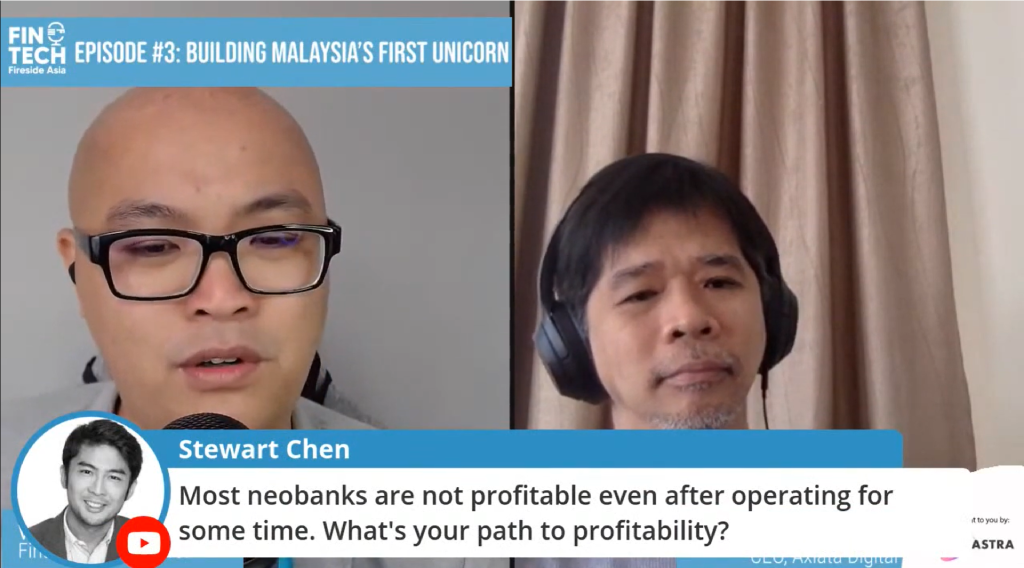 On the other front of their financial services businesses, Khairil revealed that they are already turning a profit. The micro-lending business which falls under Aspirasi, has already disbursed US$ 40 million year to date with a target of growing the loan book to US$ 500 million within 2 years time.

Khairil also shared that they will be launching micro-remittance and micro-savings businesses in the near future. He hopes that when Bank Negara Malaysia issues the virtual banking guideline, the regulatory framework would prove appealing for them to apply and if they do secure the license, he said that all these digital financial services will be housed under their virtual bank.

Khairil also revealed that his company is open to acquiring other players in their digital banking bid, hinting that there are several term sheets that are currently being explored. The full video for the 3rd episode can be found below. If you enjoyed this discussion, please check out our 1st and 2nd episodes of the Fintech Fireside Asia series as well.