In APAC, the total of enforcement actions aimed at financial institutions and individuals increased to $5,180,199,367 in 2020.

Among the notable findings of the annual report was the landmark action against Goldman Sachs totaling $6.8 billion from multiple regulators for its involvement in 1Malaysia Development Berhad (1MBD) scandal including the second biggest enforcement action imposed against one bank since 2015.

Regulators in APAC, including the Malaysia Securities Commission and AUSTRAC in Australia, were among those handing out the biggest enforcement actions to banks involved in the 1MBD scandal and the Australian bank embroiled in a high-profile money-laundering scandal. 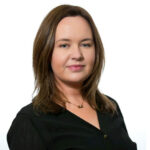 “There have been two notable shifts, APAC has overtaken the US in terms of the value of enforcement actions for the first time since 2015 – driven by recent FATF activity and the repercussions of the 1MDB scandal, and there has been an increased focus on individuals being penalised than we have seen in previous years.

In addition to imposing penalties on financial institutions, regulators and authorities in China, the UK and the US have held individuals accountable for compliance failings. While banks may hold reserves explicitly to settle enforcement actions, individuals will suffer a far greater personal impact. This along with greater whistleblowing protection and incentives will make a difference in tackling the industry-wide issue of financial crime.” 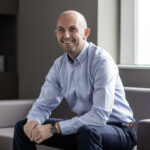 “It is estimated that fewer than 1% of criminal funds laundered through the financial system gets confiscated by authorities. The recent FinCEN files has proven that the industry must work better together to address this growing problem.