62% of Malaysians Open to Investing in Cryptocurrencies

Luno, a regulated digital asset exchange in Malaysia, announced the completion of an online nationwide survey aimed at understanding the financial management habits of everyday individuals.

Conducted by YouGov, the data was collected from more than a thousand Malaysian adults throughout the country. They said this is to ensure a statistically accurate representation of the typical saving and investment strategies employed by the general public.

The survey highlighted that Malaysians predominantly view wealth as an important catalyst in attaining greater financial freedom for both themselves and their families.

According to the survey, 64% of the total sampled population stated that they save their money often. The data also illustrated that respondents aged between 18-34 years old were most likely to be in (66%) the regular savers group; in comparison, only 55% of 55+ year olds are regular savers. This indicates that the younger generations of Malaysians tend to be more proactive in their savings compared to the older generations. In terms of where these regular savers would likely allocate their savings to, the survey found that 46% and 41% of them prefer to place their savings into government-supported unit trust funds (ASNB) and pension funds (EPF/PRS), respectively.

This is possibly due to the fact that these funds are well-established and give decent investment returns, and will compound in value over time. It is also interesting to note that 26% of these savers stated that they would invest their savings into gold as a store of value; possibly as a way to hedge against inflation.

When it comes to making investment decisions, the survey pointed out that respondents were more likely to be influenced by family members and peers (31%) compared to professional financial advisors or financial service companies (19%).

According to the data, most (34%) of the respondents tended to seek financial advice about long-term savings and investment strategies, while financial advice on budgeting, financial planning, and debt management was less popularly sought out (24%). 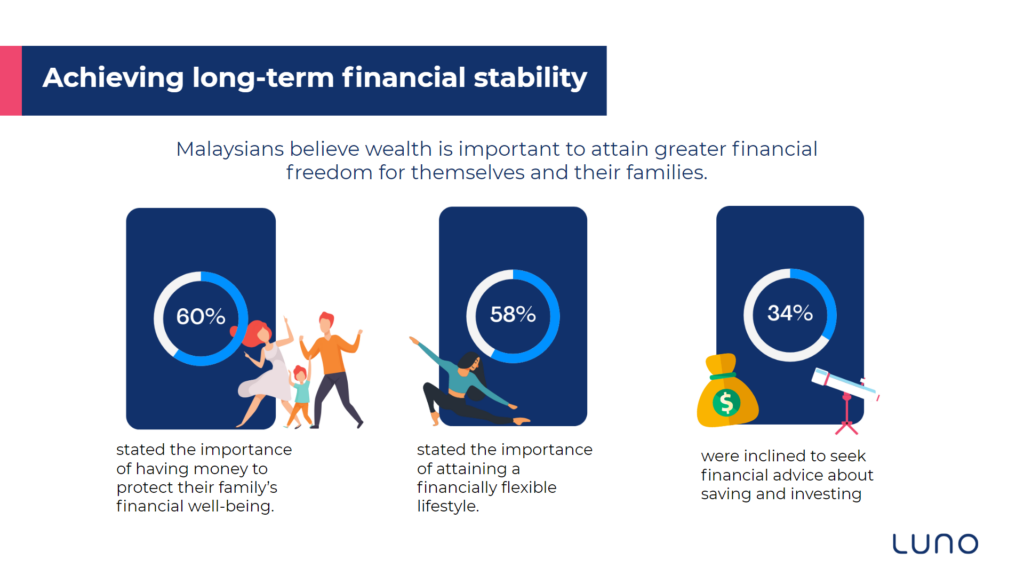 The survey highlighted that Malaysian investors are more confident in the idea of using cryptocurrencies as a viable method in attaining long-term wealth creation and preservation. A total of 62% of current investors stated that they would consider investing in alternative assets like cryptocurrencies as a way to diversify their portfolios.

According to the survey, Malaysians are generally thoughtful and aware of risk management when investing into cryptocurrencies. For example, the survey highlighted that 42% of cryptocurrency investors stated that they only purchase cryptocurrencies from reputable and trusted exchanges.

In turn, roughly 43% of these respondents would ensure that they conduct proper and thorough research prior to committing to a transaction. To limit their financial exposure to cryptocurrencies, 57% of respondents stated that they would only invest what they can afford to lose. 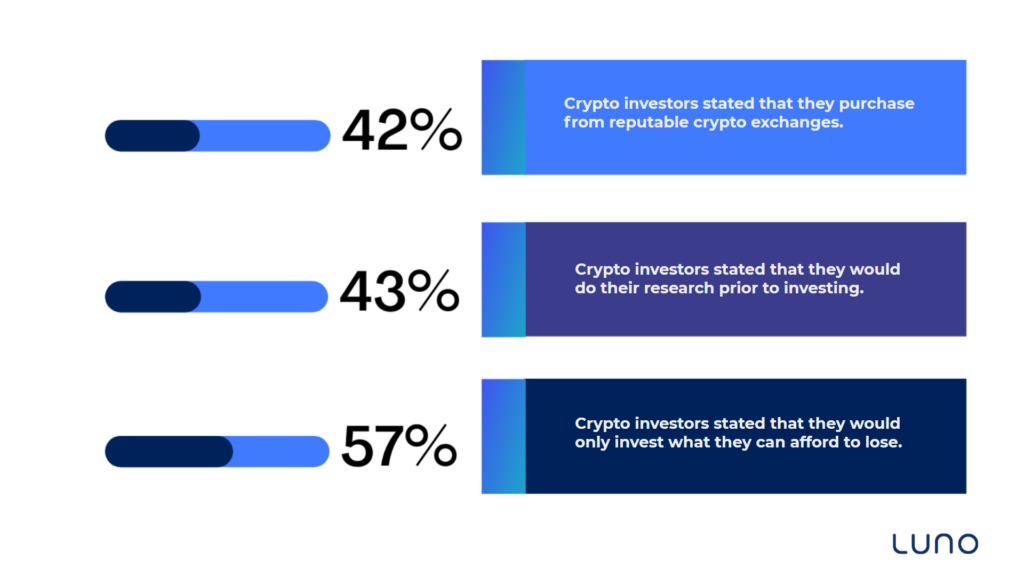 According to the survey, 34% of those who do not currently invest said that they would likely start investing with cryptocurrencies if there is better financial education on how to properly trade the digital asset. On a similar note, 46% of the same group hope that local regulated cryptocurrency exchanges would feature more easy-to-understand financial educational resources as well. 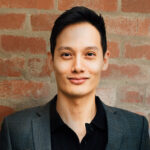 “Our research has clearly demonstrated to us that more work needs to be done, by both regulators and the industry, to better prepare retail investors for the cryptocurrency market. While it is a welcome sight to see that most retail investors do understand the risks associated with cryptocurrency trading and try to mitigate them as best as they can, we still feel the number of investors who actually undergo such prudent measures is low.’