ICOs in Malaysia: An Overview

ICOs are becoming all the rage these days, with startups from around the globe adopting it as a method of fundraising.

In Asia this is especially true for Singapore who recently emerged as the third largest ICO hub in the world and the largest in Asia.

How is Malaysia faring compared to its neighbour down south? We spoke Bobby Ong, co-founder of CoinGecko, a Malaysian based cryptocurrency data analytics & research platform that recently expanded its services to tracking ICOs, commenting on the ICOs in Malaysia Bobby said, 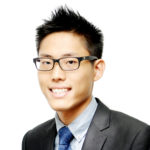 “There are a lot of interest among investors to participate in ICOs. However, I would express investors to be cautious and to do their due diligence as there are many questionable / scam ICOs.

When asked about the ICO activities in Malaysia, Bobby said there are roughly three that happened recently and there are several other questionable ones excluded from the list. Though he cautioned some of the ICOs brought up are within the gray areas of the law and while there are some promising ones, it should not be construed as an endorsement or investment advice.

HelloGold is known for having built a Shariah-compliant gold digital application that enables investors to buy, sell and hold gold online more conveniently for as little as MYR 1 (0.25 USD).  The ICO was launched in August and raised approximately 4 Million USD.

Ecobit claims to be a Green Blockchain Project with the goal of preventing climate change. Ecobit is built on top of the NEM (New Economic Movement)  platform. Ecobit is not without its controvesy, in June 2017, Bank Negara Malaysia added Ecobit into its Financial Consumer Alert list which tracks entities which are neither authorised nor approved by the regulator. Historically companies under this list have been subject to raids and eventually having their assets frozen.

Lending Star claims to be the first invoice exchange marketplace built on the blockchain. Invoices bought from alternative finance marketplaces around the world will be traded on this secondary exchange. It allows trading in fiat and cryptocurrency, including bitcoins and ethers, and is due for public release in late 2018. It is also worth nothing that Lending Star is operating within a regulated space without prior approval.

At the time of writing there are no clear guidelines or regulations around ICOs in Malaysia, both Bank Negara Malaysia and Securities Commission Malaysia are working closely together to develop a regulatory guideline on both ICOs and cryptocurrencies. It is slated to be released sometime in 2018. In the meantime the regulator maintains their caution on investing in ICOs stating that the structure of these ICO schemes might limit the legal protection and recourse for investors against scheme operators.

The ICO landscape is still relatively nascent in Malaysia and riddled with many ICOs that are either questionable or straight-up scams. Lacking clear regulatory guidelines, Malaysian investors must abide by the caveat emptor principles for now.

Startups looking to raise funds through ICOs before the guideline is issued must also be able exhibit transparency and clearly communicate their offerings and progress lest they be associated with less than reputable company. We expect the scene to become more vibrant in 2018 once the guidelines are released.