In November 2017, Securities Commission Malaysia announced that it will be embarking on a blockchain pilot project for the OTC markets. OTC is short for “over-the-counter” which are typically reserved for companies do not meet the listing requirements. It is also commonly known as unlisted stocks where these securities are traditionally traded by brokers.

During the the SCxSC conference Tan Sri Ranjit Singh, Chairman, Securities Commission Malaysia commented, “By using distributed ledger as a technology underpinning the market infrastructure, all transactions and market activities would be recorded and made available to all market participants while maintaining transaction confidentiality”

In efforts to better understand the nature and the scope of the project we spoke to the team at Neuroware a Malaysian blockchain startup who is the sole technical vendor behind this pilot project. The ideation of the project began when Neuroware was first invited to be part of the Security Commission Malaysia’s aFINity lab, an initiative by the regulator to catalyse fintech in Malaysia. The Neuroware team spent a year in that lab to research various national use cases for blockchain technology.

Commenting on the suitability of blockchain for OTC markets Ruben Tan, CTO, Neuroware said ” Blockchains are generally a good fit for any environment where there are trust and accountability concerns between independent or sovereign entities.”

He then added “Blockchain ecosystems eliminate this need to trust the words of others and can provide a standardised, neutral infrastructure for trades to be executed without the need for participants to trust each other implicitly. There are many secondary benefits that can also come from this new infrastructure, but these will mostly remain theoretical until implemented at scale.”

The Securities Commission Malaysia blockchain pilot project for OTC will deploy Neuroware’s Cortex technology, a blockchain agnostic service that is capable of working across a host of different distributed technologies which allows for blockchain functionality without the tie-in to any specific ledgers and the ultilisation of multiple blockchains for different aspects of the project. The same technology was also previously deployed with Equity Crowdfunding platform ATA Plus which can be seen in action below. 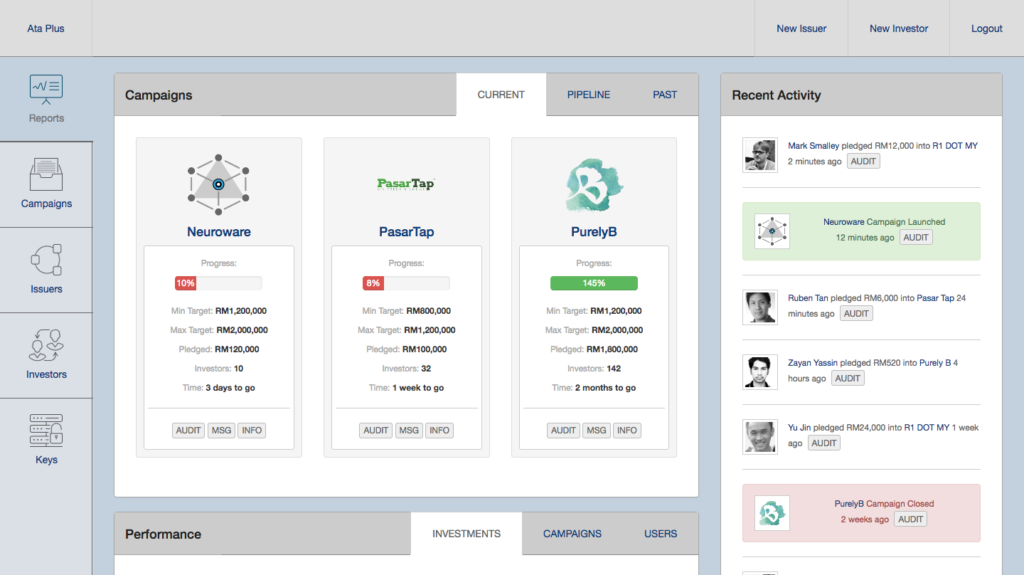 Upon completion of this pilot project, the findings  will be published as an industry blueprint. This blueprint will elaborate upon the technology architecture, key software functions and development standards which will form the building blocks for interested parties to use blockchain network for unlisted and OTC markets paving the way for blockchain adoption in within the Malaysian securities market.