HelloGold Secures Series A from 500 Startups

Southeast Asian fintech firm HelloGold has secured Series A funding from Silicon Valley venture capital firm 500 Startups. The funding will be used for the integration and testing of blockchain elements on the HelloGold mobile app. Providing a Shariah-compliant platform to buy, store and sell physical investment-grade gold for as little as a fraction of a dollar, HelloGold is migrating its platform to Ethereum smart contracts in the second half of 2018 to enable greater transparency and security of gold transactions. The funding amount was not disclosed. 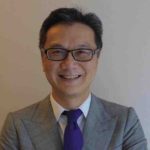 Robin Lee, CEO and Co-founder of HelloGold, said, “We’re honoured to have 500 Startups support HelloGold as we use blockchain to reduce barriers and accelerate access to more affordable financial products in Asia. By integrating blockchain into the HelloGold platform, customers will benefit from greater transparency, better security, and greater flexibility.” 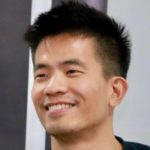 Khailee Ng, Managing Partner of 500 Startups, said, “As the most active investor in Southeast Asia, 500 Startups is always on the lookout for talented entrepreneurs. We recognised HelloGold’s potential early on and nominated them to the TenxClub, an initiative by the Malaysian Ministry of Finance to support Malaysian startups with demonstrated ability to grow quickly and scale internationally. Our investment in HelloGold aligns well with our global initiatives such as the new Blockchain Track launched in San Francisco in March.”

Robin added, “In addition to providing customers with more options and freedom beyond cash, blockchain will enable HelloGold to scale faster and have a lower cost base, allowing us to reach a wider demographic of underserved and unbanked markets. With Asia making up 71 per cent of the gold market in 2016, gold is a powerful means of wealth preservation and financial inclusion.”

HelloGold estimates that in ASEAN and China alone, consuming middle class and emerging middle class markets saved approximately US$500 billion in 2016—of which US$212 billion was in cash deposits.

Excluding ICOs, worldwide venture investment in blockchain and blockchain adjacent startups reached a record level of US$900 million in 2017. As of February, Crunchbase estimates that venture dollar volume is on pace to surpass 2018 levels.