Last friday, some of you may have gotten a potentially questionable text from your banks—that your phone number might be integrated with something called ‘DuitNow’, and that you’re given a specific amount of time to opt out.

Many Malaysians were rightfully concerned, as many of them have not heard anything about DuitNow apart from a text informing them that they have been included.

But DuitNow is actually an initiative by Bank Negara Malaysia (BNM), and an extension of the ICTF Framework that we keep talking about. The service was developed Paynet which is jointly owned by 11 banks, with BNM being the largest shareholder.

Rather than having to memorise bank account numbers or share unwieldy screenshots of them, the DuitNow service allows users to instead share their phone numbers to receive any payments or money transfers.

In business transactions, users would also be able to send money to business IDs. 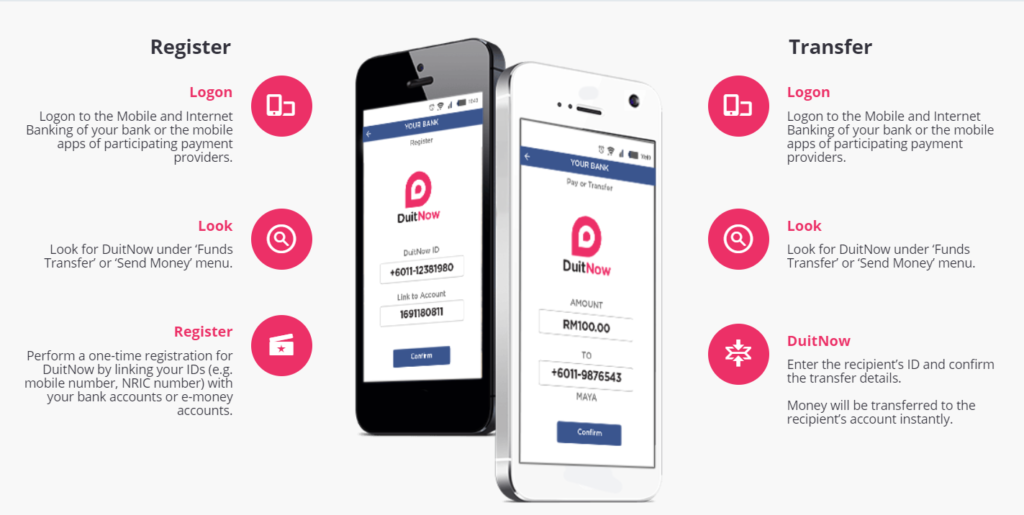 DuitNow has confirmed that users could register multiple IDs into the system, but only one bank account can be tied to one identifying number at a time. Therefore, you could theoretically have your IC number tied to your Bank Islam account, but your mobile phone number tied to your CitiBank account.

Transfers made with DuitNow, as per BNM’s goal of encouraging cashless use amongst Malaysians, are free up to RM5,000. Sending more money than that could see a 50 cent charge each transaction, though some banks may be waiving this fee.

For now, we have received reports that Maybank and RHB Bank users are in the process of being ported into the DuitNow network. Eventually, the service would be available on internet and mobile channels of 44 banks in Malaysia, and soon expand into e-money apps as well.

Many of the most-used banks in Malaysia are adopting DuitNow.

For now, we don’t have a lot of information on how bank accounts are selected to tie with specific phone numbers, especially if one has multiple bank accounts in different banks. Our theory for now though, is that the selections are made based on your most active account in recent months.

Personally, I’ve had my Maybank account for most of my adult life, yet I received my DuitNow text from my more often used RHB Bank account, which I only obtained a couple of months prior.

In my case, I used the same number to receive texts from both my Maybank and RHB account.

DuitNow is currently being implemented in stages, so if you are a user for one of the above banks, you might see a similar text message coming into your phone sometime soon. You are also able to opt out of the service if you choose to do so.

How Insurers can Build Better Relationships With Their Customers