Jirnexu just received a US$10 million in its second Series B investment (RM41.7 million), bringing its total funding up to US$27 million. Jirnexu is known for operating RinggitPlus, one of the well-known comparison platforms for products like credit cards, loans and insurance.

Jirnexu gains its investment from Experian, a consumer credit information company which aims to help users manage their financial data, and also utilises the investing in startups strategy to stay ahead.

Experian should be providing Jirnexu with better eligibility matching via analytics, and higher performance in demand generation, as the company attempts to build a more user-friendly consumer-facing product. The goal is to present a mobile-first strategy which they hope will help the banks, insurance companies and service workers on their platform. 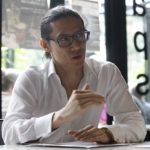 “Besides technology from Experian, the investment will also be used to strengthen our services and fintech solutions portfolio.”

Yuen Tuck thinks that Experian’s input will help the company personalise recommendations for their customers more accurately based on their individual financial situation.

SBI Group has also invested in Jirnexu’s previous Series B round, which was valued at about US$10 million. Since then, the company has doubled in size to 200 employees by the end of 2017, and joined the Central Bank of Malaysia’s (BNM) regulatory sandbox recently, this time to offer five different types of insurance as opposed to the two that was approved of previously.

Experian and Jirnexu state that they have a shared interest in increasing financial literacy, and that financial marketplaces, play a pivotal role in facilitating access to credit. This was part of the impetus behind the relationship this time around.

On the banking side, Jirnexu also operates a business-to-business (B2B) operation to simplify online applications for banks called XpressApply. In Indonesia, RinggitPlus is known as KreditGoGo. 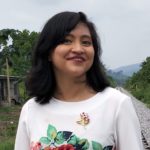